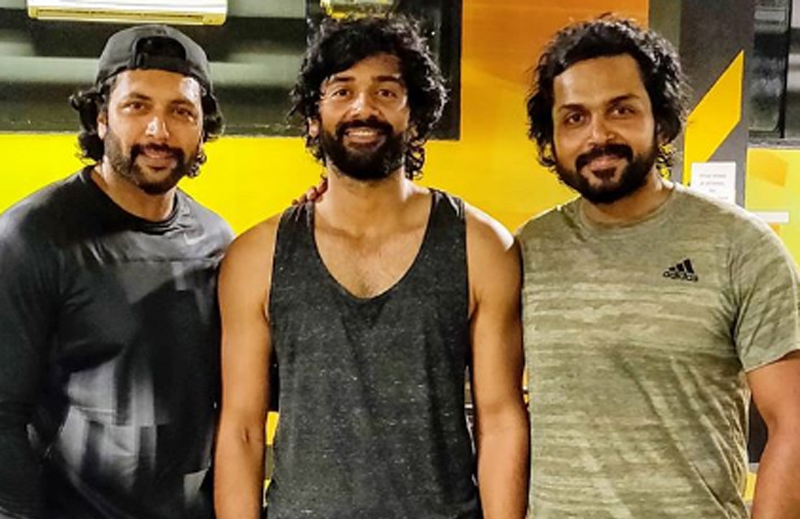 The most bankable star for the past 3 years,  is undoubtedly actor Jayam ravi, who constantly saves the business people around cinema, by giving out many quality films.

His recent , film Comali, which is based on the life of a ” coma patient”, which gave the feel of nostalgia for the viewers watching the film.

The film holds a special place, in the profitable films of many theatres in Tamil Nadu.

Sketching out,  how the actor does these wonders in ease, here we have an example for it.

As we already mentioned,  that Maniratnam’s Ponniyin Selvan is shaped up in Thailand, with Jayamaravi and Karthi.

On parallel, Ravi is working tight packed with his 25th film, Bhoomi which has been written and directed by Lakshman, who had earlier worked with the actor in Romeo Juliet and Bogan.

Produced by the actor’s mother-in-law, Sujataa Vijayakumar under the Home Movie Makers banner.

The movie will mark the Kollywood debut of the latest sensation, Nidhhi Agerwal, while D. Imman will lend his tunes for the film.

Bhoomi features Ashutosh Rana in the villain role and the intriguing first-look of the film released earlier which created a lot of positive curiosity about the film.

This clearly says,  that this trait of him, is taking him places and will also taking him further.