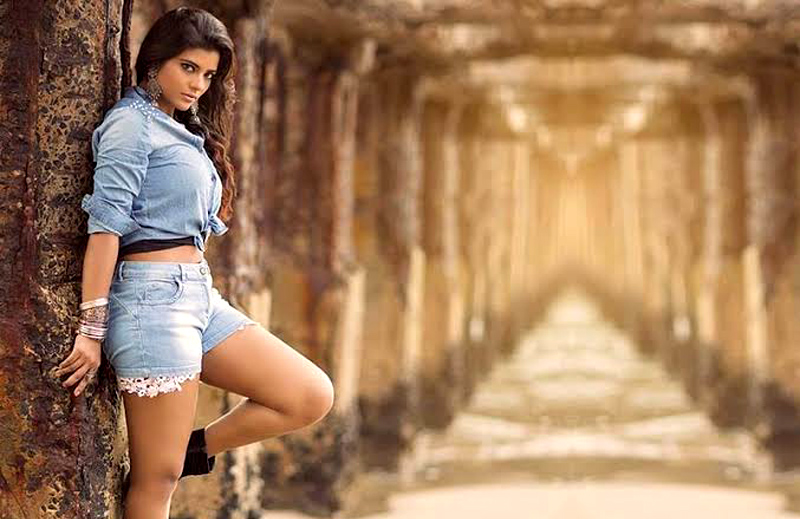 Going on the quote “when the going gets tough, the tough gets going”,  life of an artist isnt that easy, as they push their self limitations at the greatest extent just to entertain his/her audience.

The rise from the downfall makes someone has “hero”, eventually it completes the heroism embedded in their blood .But what if a girl does this? A heroine?? Who is hidden  beauty with brains from our very own south, who silently stamped this decade.

Being a template VJ for a reality show and crops up as promise of Kollywood film industry.

The versatile Paragon, actress Aishwarya rajesh, is celebrating her (!)th  birthday today, who is the complete inspiration  for all those girls who step into the film industry to entertain the audience .

Apart from embellishing as “the most wanted”  heroin in south, her barrier -breaking act on implanting the confidence on Thamizhachis and their parents to bring their own daughters to the film industry is the real victory of hers.

We here celebrate her birthday, by pinpointing the waggish mistakes (unfortunate) she has done in her career span to achieve this organic stardom.

1.There were a few instances  when the almighty pushed her by sending  ” Thirudan-police” which had  Poornima to play only as a commercial dolls, which was yet another reality show dance performance in silver screen. (Trust me ! )

2.The next was the Aaratha- Ranam she created on our mind , by being the Mia Aravind , who was caring mother/wife, but didn’t care about the role.

3.Mentioning Meena kumari in Kattapava kaanom, the way contradict to the build up I gave during the start of the write up.. starring in a adult comedy genre… ( uff…All is well! all is well)

4.The finest court drama manidhan had Jennifer the aspiring reporter, who weeps for her friend and fades away too fast , who had nothing to offer

5.And the final one is “Ka(d)lai ,was the most disturbing one,  who framed in and out,  were the films content didn’t have any impact on the actress potrayal. A big disappointment for her fans. ( it’s not about NVP’s Kalai)

Though,  these films didn’t extract the real caliber of  Aishwarya,  but it definitely tilted the vision on her scripts  , who  succeeded with successful Roles like “Kakkamuttai’s ” innocent mother , the aspiring cricketer Kousalya, the lovely sibling Thulasi and the dreamy Arulselvi might haven’t born.

The life of her still ensures that, “Mistakes are the stepping stones of success”. Let’s wish “Namma veetu pillai” , a very happy birthday.