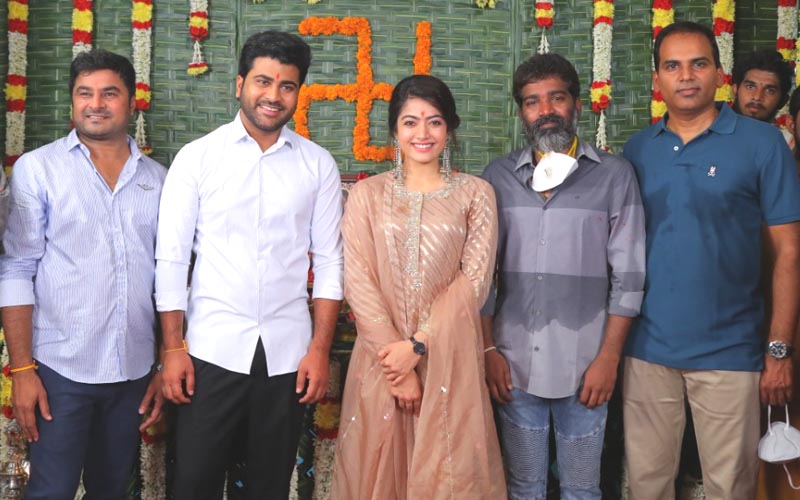 MLA Gottipati Ravi Kumar switched on the camera, while MLA Chevireddy Bhaskar Reddy sounded the clapboard for the Muhurtham shot on Sharwanand and Rashmika Mandanna. Anagani Satya Prasad and 14 Reels Plus producers Ram Achanta and Gopichand Achanta have handed over the script to the makers. Sudhakar Cherukuri will produce the film under Sri Lakshmi Venkateswara Cinemas (SLVC). Sujith Sarang is the cinematographer.