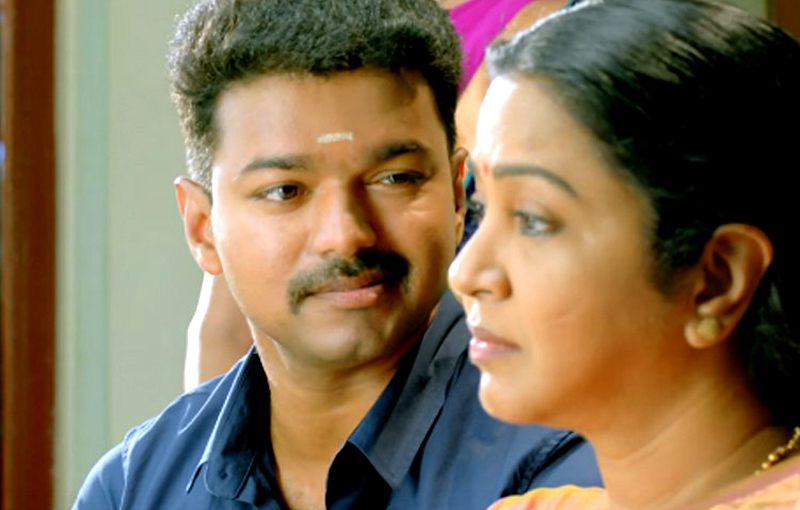 Thalapathy Vijays calmness is one adorable quality of him, who maintains his composure to get charged for the onscreen performance.

His switching of modes have enthralled his co stars  who laud about it in many interviews.

RS Said” I never knew this kind of switches done by Vijay, as I know him personally more the professionally.

When I worked in “Theri”, I realized his charisma and activeness , which really enthralled me.

I will surely submit my question on his change over to him personally soon”.

‘Theri’  is the film, in which both  Radhika Sarathkumar and Thalapathy vijay played the mother- son duo, which was well received by the audience.