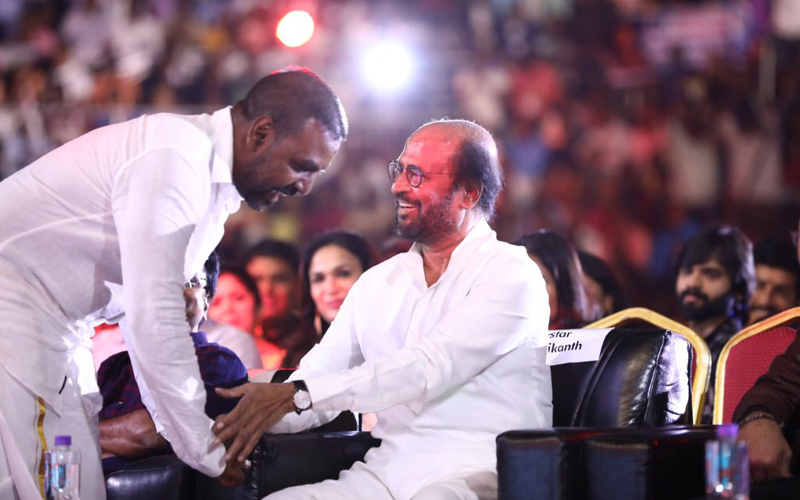 The politics can be divided into two periods, as one was before the presence of legendary chief ministers Jayalalitha and Karunanidhi, and the other is after that.

AD of that period, has a lot of spices involved, in which superstar Rajinikanth’s entry after a long stretch is one major strike.

Recently  , his ardent celebrity fan , Raghava Lawrence’s speech in a private function on the other politicians and actors, has become a debate and many were upset with his opinions.

Being a great philanthropist,  Raghava Lawerence has to undergo the political games for the past few weeks, which might have been a bad phase for him.

Now, here comes a tweet from the star himself on mentioning that, he is no more going to participate in any of stage speeches, as he is well satisfied with superstar Rajinikanth’s blessings alone.

He also said that this is due to a few unwanted reasons, and will participate only after receiving Thalaivar’s permission.

Hi Friends and Fans.
wanted to say a small thing, hereafter I won’t attend any function regarding Thalaivar without his permission. I have many reason behind this which I don’t want to share.
His blessing is more than anything for me. pic.twitter.com/zrFXib9Jj3

The tweet is debated amongst the social media followers, who say that, this might he due to his speech in superstar Rajinikanths birthday function.