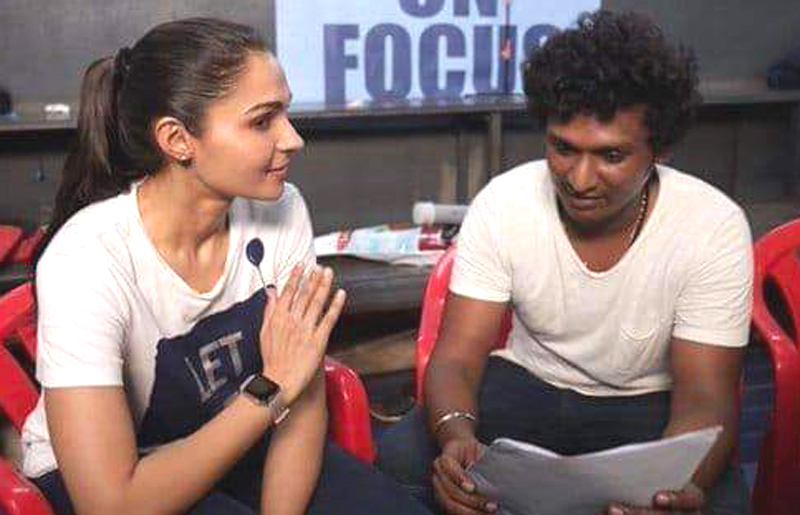 With just 2 more months left for the grand entry of thalapathy vijay’s master, the pace of Team is on a powerful speed, who are perfectly balancing the 360 degree crafts surrounding the product. After completing the back to back schedule in Delhi and Karnataka,  the master Express lands in Chennai garage for its ongoing schedule.

As said, Actress Andrea is playing a pivotal role in the film, and now the scenes involving the actress is being helmed by the team. A photo regarding the discussion between Lokesh kanakaraj and andrea is out now, which is having a viral in social media.

Master recently had its look posters which had a lot of retweets and likes from the audience side. Master is scheduled for April 9th release, which is directed by Lokesh kanakaraj and bankrolled by Xavier britto under XB creators

Akshay kumar charges a whopping sum for the next starring Dhanush!