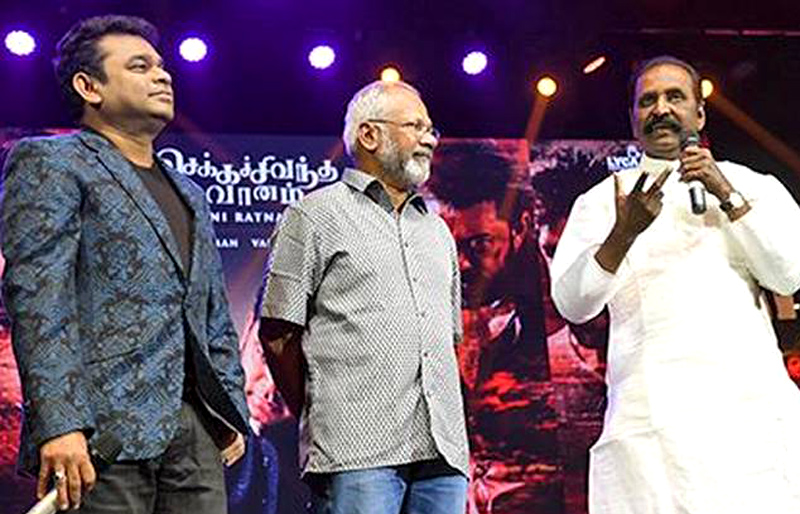 The biggest project of 2020 is undoubtedly the multistarrer”Ponnyin selvan”,  from director Manirathnam, which is worth mentioning as an important product for tamil cinema ,as the past of it had a lot of Downfalls.

The industry is quite satisfied with the progress of The film, which recently had its title poster, that was innovatively created on it’s own way.

But the shocker came in when the directors Lucky Mascot – writer, Vairamuthu’s name was missing in the card. Both share a great bonding before the arrival of the revolutionary “Me too-movement” , which impregnated “Black mark ” on Vairamuthus name.

On a recent chat , with The Mozart of Madras, who celebrated his birthday recently said “”I can’t disclose anything. You will soon get to know who is working in the film. Only Mani Ratnam’s office should talk about it”, said Rahman.

This has hyped the curious factor on what’s happening behind the screens of the most loved crew. Ponnyin selvan is directed by Manirathnam and bankrolled by Subashkaran under Lyca productions.