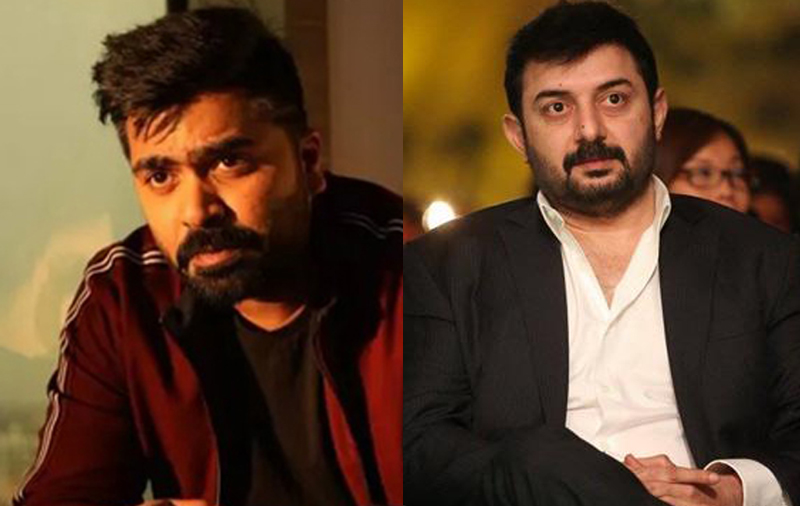 Ending the year-2018 devotionally , actor Silambarasan had to undergo a Wavery phase for the past couple of years, who had one super hit, and one flop film.

In fact, above his profession, the actor had to undergo a lot of personal issues, but this time his punctuality and dedication was tested a lot.

At a stage, his ardent fans where the only ones, who are/were believing their idol, expecting for a great comeback soon.

Now, 2020, has shown some sign of hope, where the Maanadu is expected to start is first schedule soon, at the end of January.

Also, composer Yuvan Shankar Raja is ready with his team, to fetch some best tunes for the film.

Now, an interesting buzz is surrounding around the film, is that, actor aravind swamy has been approached to play the “baddie” on opposing the lead star.

It is also said that, Aravind is currently busy in the completion of late Chief Minster Jayalalitha’s biopic, in which he portrays as Puratchi Thalaivar MGR, will soon get ready for his role.

If all goes well, soon we can hear an official announcement from the team regarding the casting.

Maanadu is directed by Venkat prabhu and bankrolled by Suresh Kamatchi.