Biggies to clash for April 9th 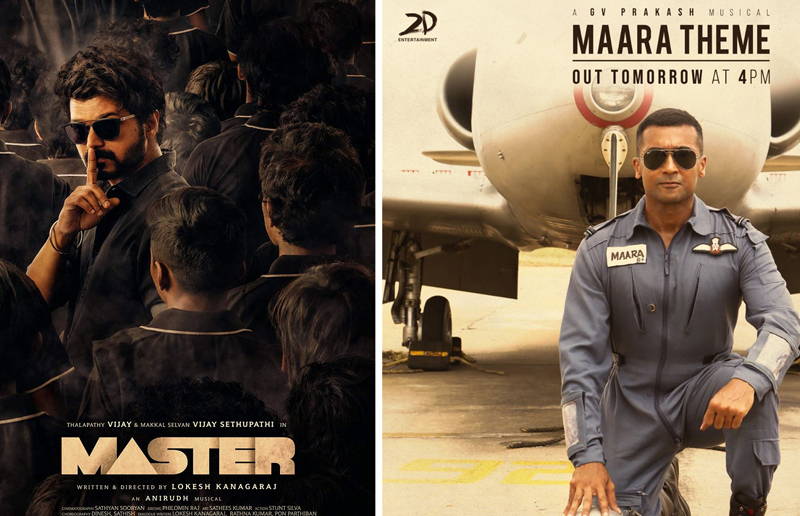 As we are nearing the ” summer”, the nation is all set to cater its surprises, starting from the stellar IPL to kollywood biggies.  Magnifying the biggies, we have two box office monsters, Thalapathy Vijay and surya are ready to enter the turf with their upcoming Master and Soorarai Pottru respectively.

Infact, Lokesh kanakarajs Master is planned for April 9th release, which was also constantly indicated in their posters. Now, its buzzed that, actor suryas ” Soorarai Pottru ” might join on April 9th as a treat for summer holidays. Though itsnt confirmed, the producers have 3 dates on choice, including April 9, 14 and March end which is to picked soon officially. Of course we have to hold our excitement for the next few days, as the official announcement Is expected soon.

soorarai pottru is directed by Sudhakongara,  with Music carried by G.V.Prakashkumar and produced by 2d entertainment.