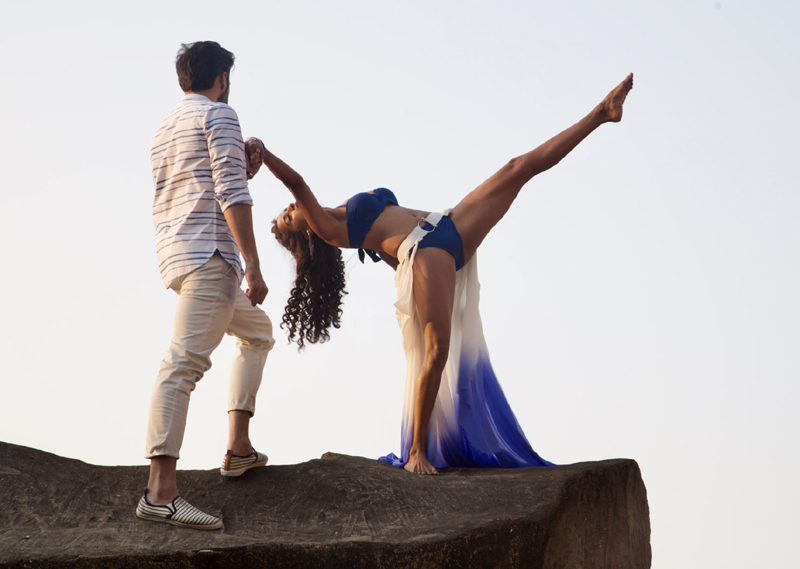 The favorite child of controversy, director Ram Gopal Varma is well known for his earth shaking contents , who never take audience for granted. The master mind behind many cult projects and cases, is currently holding his angle towards the film title “Enter the girl dragon”.

The film already holds a hefty amount of excitement amongst the martial arts and the Bruce Lee fans since its announcement.

The film which is touted to be a triangular love story with the mixed martial arts, is nearing its completion and a theatrical trailer can be expected on December 13th.

A romantic martial art moment in #EnterTheGirlDragon .. The film is a love triangle between #BruceLeeGirl
@poojabhalekarofficial ,@parthsuri2050 and BRUCE LEE ..International trailer releasing on 13 th Dec in Foshan , China at 3.12 pm the universal birth time of BRUCE LEE pic.twitter.com/RPcuvXG5Pl

Now,  here comes RGV to confirm that with a tweet mentioning that theatrical trailer of this romantic tale will be put on December 13th at 3.12 pm.  Interestingly this step is taken to match the birth date and time of the legendary Bruce lee.Also the trailer would be launched out in Foshan city, China,  which is the hometown of the legend.

Previously the film had its teaser on November 28th, which had shown some action packed stunts performed by the female lead pooja.

The film is directed by Ram Gopal Varma, which is an Indian-Chinese co production. Let’s hold our excitement and wait for the trailer release.