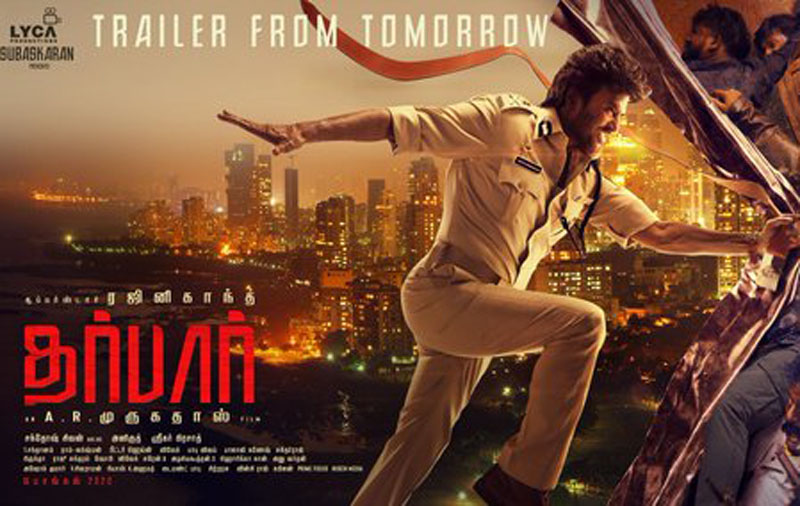 The count down is getting nearer for the massive release of Superstar Rajinikanth’s Darbar, which is clearly sensed by the team , who are minutly injecting their updates.

On such interating update, is the trailer launch of the film, which is scheduled on December 16.

Here comes an official trailer launch poster, which is out by the master mind behind the film.

Dissecting the poster, it has the heroic superstar Rajinikanth, who is furious against the baddies ,embedded with his own set of stylish attire.

The poster sets a viral fire in social media, who are anticipating to the core for the trailer.

Darbar is directed by A.R.Murugadoss, which is funded by Subahskaran under Lyca productions, which is to be launched for Pongal 2020