Chinmayi gets emotional on #10 years of Samantha! 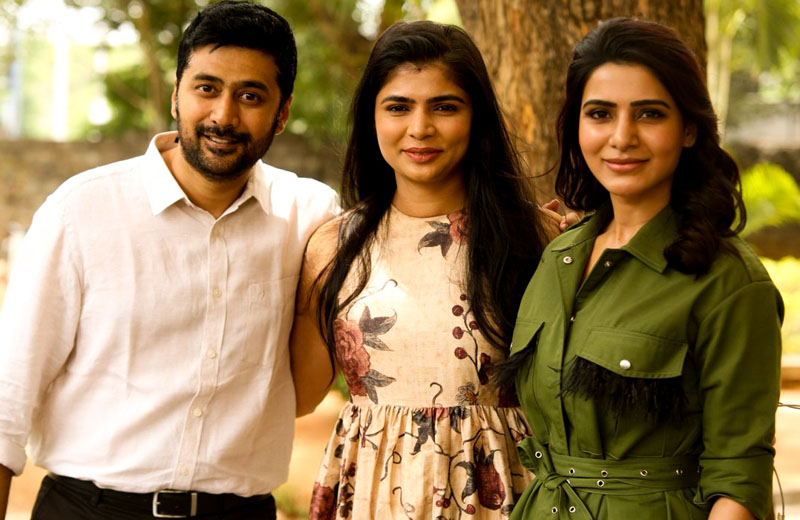 Actress samantha is one versatile actress of south, who has stamped the “superstardom” , in Tollywood film industry in a very short span. The actress recently had her “Jaanu’ , which was applauded for her performance as the title.

Also, recently actress successfully completed  “decade” in film industry, who possess fans from different age groups. Critics do say that,  it’s her enthusiasm and energy keeps her firmly in the  minds of the audience.

Now, here comes, Singer chinmayi, who is also  a close friend of the actress, who has always been a biggest support, to share a few things about her journey with Samantha.

“’its been an absolute honour being her voice. I have said this before and I say it again. She started Pratyusha very early in her career paying it forward to those in need.

What I admire most about her is her grit and tenacity.

Killing it as mainstream actor especially when many people on social media take it upon themselves to tweet to her entire family to ‘control’ her; to make her ‘behave like a married woman’, of course, only by quitting work as an actor (especially when her family is cool) is

A lot of Indians have a tendency to want to retire women actors as female leads as soon as they get married. Of course the same rule doesn’t apply to men. What is a ‘profession’ for men is ‘how can you still work?!’ For women, especially when they are actors. For Samantha to work AND thrive in a society which tells her everyday that she cannot, should not work in her chosen profession is an achievement.

I hope women can learn from her tenacity & I know she works extremely hard. Here’s wishing her only joy and success”