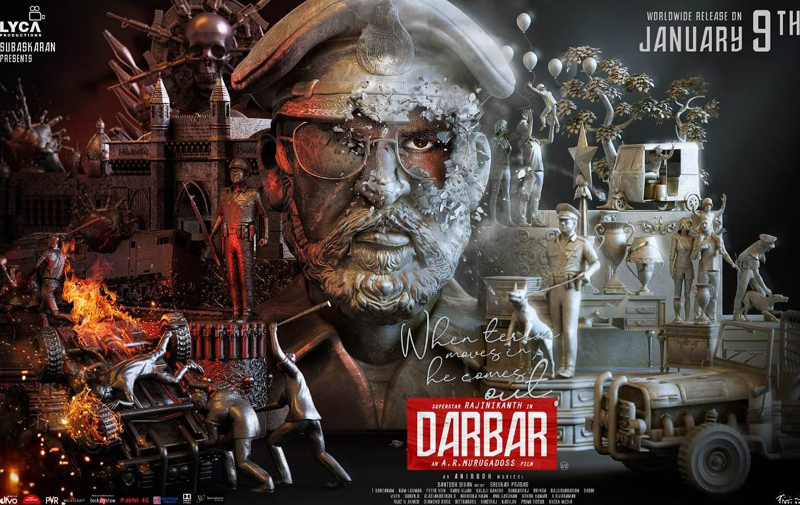 It’s tough to find a film of the Big stars plotting its release date with out any external pressure, as Kollywood had witnessed a variety of issues starting from the “title” to the story theft.

Infact, Thalapathy vijay is a well experience hand these, issues who constantly receives negativity for his films, for which the audience and fans became used to

Recently, Superstar Rajinikanth’s  Darbar which gets locked by a legal issue, where a petition is filed on the rift between the Producers and distributors in business terms.

The issue says that, Malaysia ‘s DMY creations has financed Lyca productions for the film 2.0 (released 2018)on yearly basis at rs.12 crores. With 30 percent interest has peaked it up to a humungous sum of 23 crores and 70lakhs. The team has filed this to the court, on to repay the money and release the upcoming film Darbar which is shaped by Lyca productions.

Honourable Judge, Mr.Govindraj investigated the issue and ordered Lyca productions to present their view on or before January 2nd.

Countering this Lyca productions has come up , which said” we dont have any pendings in out slot. Infact, to compensate , we offered the Singapore theatrical rights for them m, on which they have to pay us 1 crore and 45 lakhs”. Countering this , the advocate of DMY mentioned that, there is no such agreement on such mentions.

Surfing the issue, Judge Jayachandran has stationed a stay on Darbar release. The film can only be released if the production pays around 4 crores and 90 lakhs in Malaysia.

Malaysia Rajinikanth fans are wounded more in the issue, rather than two opposing parties.

Darbar is slated for jan 9th release all over the globe, which is directed by A.R.Murugadoss and banked by Lyca productions.