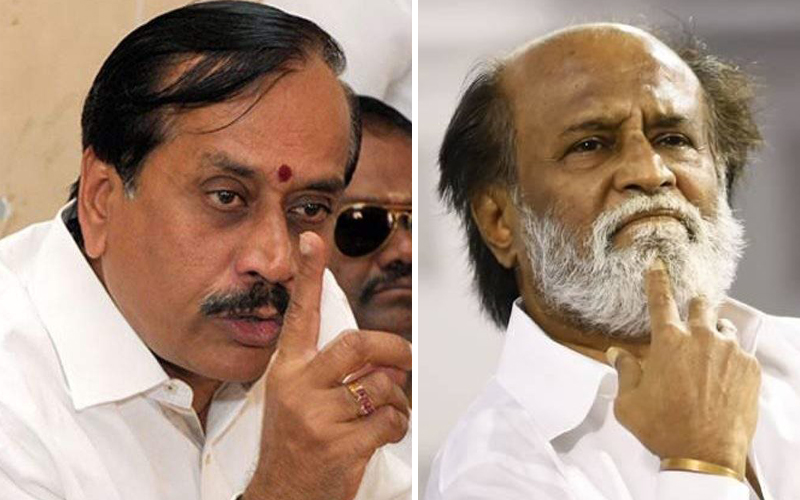 Above Darbar,  Rajinkanth’s comment in Thuglak 50th anniversary function gets viral everywhere, which received a great set of negativity from the public

.infact starting from Dravida kazhagam, more than 7 cases are filed against superstar Rajinikanth on his comments against a few sectors.

Infact, Many are expecting an apology statement from the star, for projecting periyar- Ramar issue to dismantle the harmony of the society.

Magnifying the issue, it has a mixed views where one supports that Lord Rama and Seetha statues were destroyed, while the opposition says there isnt any evidence on such happenings.

Now, here comes H.Raja, the senior leader of Bharathiya janatha party, to back up Rajinikanth’s statement.

The leader says,  “none can stop Rajinikanth. he spoke the right and it’s a very minute part from the issue.”The sudden statement from H.Raja , clearly glimpses out the Alliance of Superstar – BJP is more or less nearing the truth.

What would I ask Thala Ajith? – Udhayinidhi stalin!