NOTA Review – You can safely vote for this NOTA! 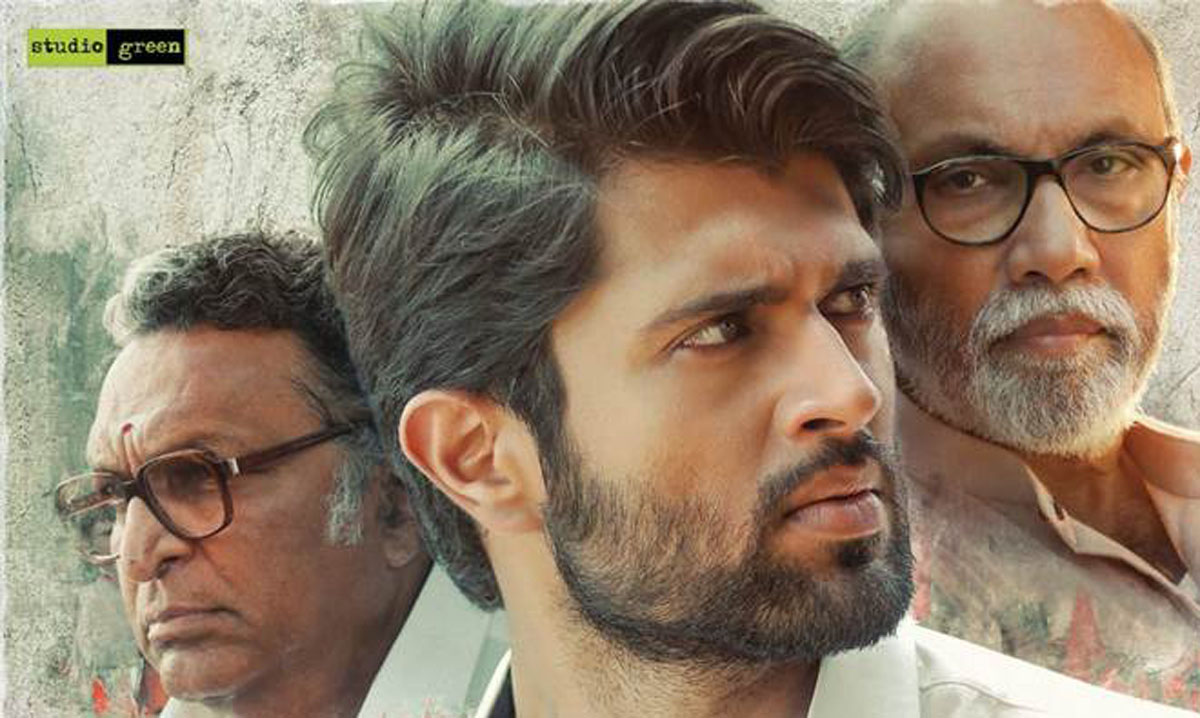 The city is reeling under floods, and the new CM has created a ‘war room’ for his cabinet and disaster team to manage the situation. Some MLAs don’t know the difference between a ‘war room’ and a ‘bar room’. One MLA holds back relief material distribution so that each packet can be adorned with a ‘sticker’ of the ruling party! Almost everyone in Chennai will know which incident is being mocked. That is the level of sarcasm in NOTA.  There is a lot more, and that is what makes NOTA a truly great effort, the fearless criticism of almost everything that is wrong with Tamil Nadu politics at the moment, and some generous swipes at the centre and some ‘Inner engineers’!

NOTA takes us to a familiar premise of a young man being suddenly thrust into a position of great power. This is something that has been tried a few times in the past, and quite a lot in Telugu. But, we are not tired of such ideas because of the possibilities it offers, and because somewhere deep within we all have that fantasy. NOTA is different in that it does not push a righteous man into the post, as we usually see. This time, the man is carefree, wants to just get this job done with and go back to London to design video games. But, such is politics that he is sucked in, and has to act. He acts, lets his instincts take over and soon is the ‘Rowdy CM’ of the state. That transformation from someone who just didn’t care to someone who would go to any length to change the situation is well plotted, the incident that proves to be the tipping point is excellently executed.

Politics usually brings many enemies, and here we have a guy who wants to change the system. Naturally he has no shortage of enemies. He has more enemies within his own camp than he might have outside. And, there is a larger shadow that looms. How he manages to tackle all these to finally get a chance of doing his work undisturbed forms the crux of the second half. There are too many threads in the second half. Would have been great if they had all merged to make a strong entwined story! But, they remain separate for most parts. The opposition party’s will to bring him down seems to dissolve too quickly, even though there seems to be a bit of a reason behind it. There is an unexplained murder case that remains so till the end. There is a black money trail which is conveniently shown to be tackled by a hacker and is finished off in a hurry! All these do not have a cohesion that would have painted a big picture. There is a flashback which explains the long standing feud between two important characters, and why one character is so supportive of the CM. But, that does not really give us the emotional connect the makers would have desired.

NOTA is ably held together by Vijay Devarakonda. We can safely say that this is the third Vijay in Tamil cinema after Thalapathy Vijay and Vijay Sethupathi. He has used his expressive eyes to great effect, and has also shown vulnerability at times which is necessary for this character. His Tamil diction and dialogues delivery don’t let us feel that he is not a native speaker. NOTA also owes a lot to the seasoned performances of Nasser, Sathyaraj and to an extent the simple yet powerful moments of MS Bhaskar. The impact their presence has on screen is fantastic. Having said that, Nasser’s wig-sporting look in the flashback needed more work! Another character in the movie is Sam CS’ background score which captures the right mood for every scene.

A bit more focused approach in the screenplay, giving more time for the central conflict to become clear, evolve and pose a serious threat to the protagonist could have made NOTA a far more engaging watch. As it stands now, NOTA is an interesting political drama with strong performances, dialogues, fearless criticism of contemporary politics. Anand Shankar should be applauded for showing the gumption to not dilute the impact of the novel (Vettattam) on which NOTA is based. Also, a nod for resisting commercial temptations to include the customary romance angle and duets, and the ‘action scene’ for the climax.

You can safely vote for this NOTA!

96 Movie Review – A nostalgia trip that you will love!