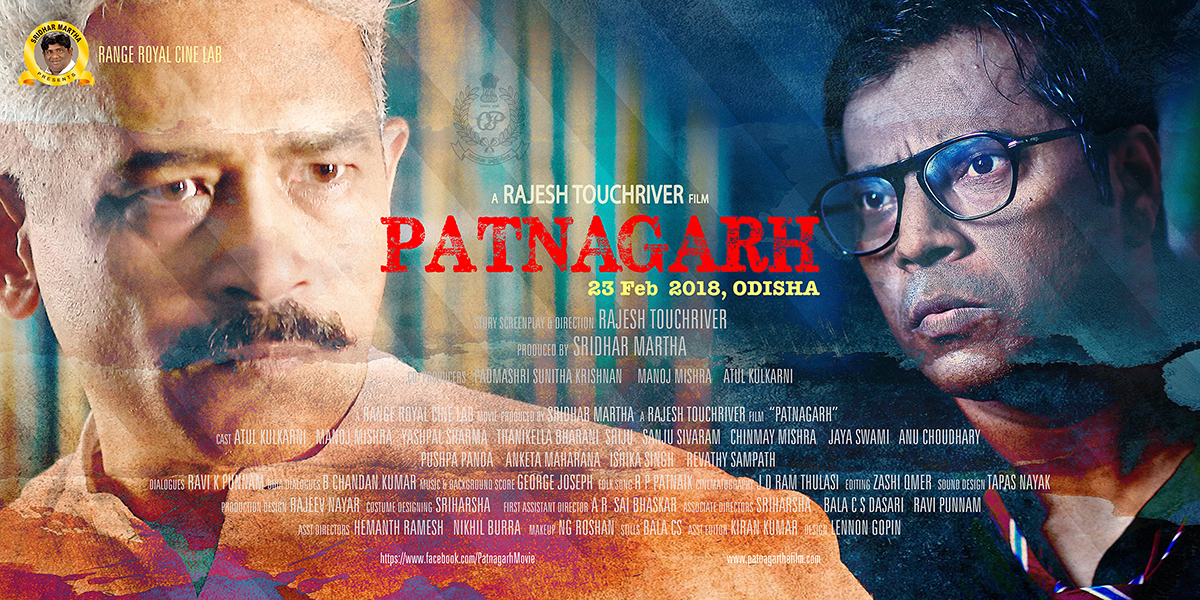 It is a bilingual film, shot simultaneously in both Odia and Telugu.  With a budget of over Rs. 5 crores, this the most expensive Odia movie ever made.

What is the film’s subject?

A newly married couple receives a gift box five days after their wedding; it turns out to be a bomb that kills the husband and his mother and seriously injuring the wife. The peaceful nature of a sleepy town lays completely shattered. A massive investigation begins to find the killer.

George Joseph of ‘102 Not Out’ fame is doing the music direction and popular music director RP Pattnaik, an Odia native, is composing a Sambalpuri folk song for the film.  This is the first time he is composing for an Odia movie.

Tapas Nayak, on Odia native, who has worked on blockbusters like ‘Mahanadhi’, ‘Bharat Ane Nenu’, ‘Mersal’, ‘VIP’, ‘Janatha Garage’, ‘Pulimurugan’, to name a few, has been roped in as the sound designer.

Rajiv Nayar, the award-winning art director who has done films like ‘Ishq’, ‘Fidaa’, ‘Gamyam’, ‘Prasthanam’, ‘Maska’ and ‘Naa Bangaaru Talli’ (this film won 3 national awards from the Govt of India 2014 and 4 state awards from the government of Andra Pradesh), is doing the production designing.

Dialogues are written by Ravi K Punnam and the cinematography is by international award-winning ace cinematographer JD Ram Thulasi.

Produced by Sridhar Martha of Range Royal Cine Lab, which is producing its third movie, the film is co-produced by Manoj Mishra and Padma Sree awardee Sunitha Krishnan.

The story, screenplay and direction by Rajesh Touchriver.  Production started on July 14.  The movie is aiming for a Dasara release.