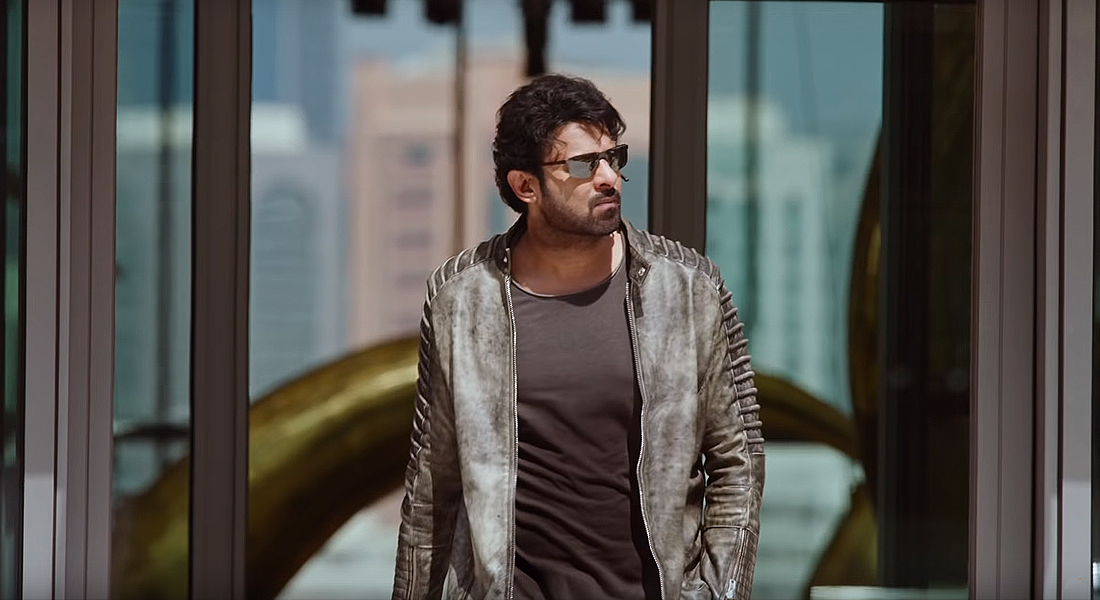 Further to the hit sneak preview video launched on 22nd October 2018, the makers of Saaho, Director Sujeet & team announced yet another video featuring the making of the movie on 3rd March 2019.
On Prabhas’s birthday (October 22) last year, the makers of Saaho released the first glimpse of the film – Shades of Saaho, which became an instant hit among the fans. The making video had scenes of a high-octane stunt sequence that were shot in and around Dubai.

The second video is expected to have silhouette shots of Prabhas which were captured using the Dino-Uri 18 KW setting. Word has it that the Shades of Saaho 2 video is all set to stun everyone.
Saaho features Prabhas, Shraddha Kapoor, Neil Nitin Mukesh, Arun Vijay, Jackie Shroff and Chunky Pandey in pivotal roles directed by Sujeeth Reddy. The film is said to be made on a huge budget of Rs 300 crore.

link to the first glimpse of Saaho -https://www.youtube.com/watch?v=huw6wD_1ppE&feature=youtu.be