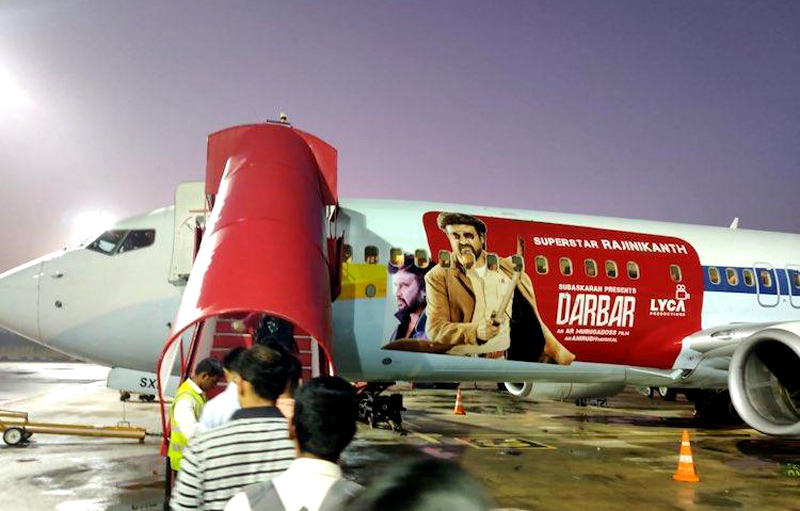 The power and stardom of superstar Rajinikanth can’t be easily trimmed in this write up , as the stars craze is an eternal feel. The star who is inching towards the political life, which also mentions that, his Cinema career is just a few films more for completion

Awaiting for the stars upcoming film Darbar, the fans are highly charged to pillar out the best celebrations on the opening day. Reaching a step higher, the Salem fans club, has requested the district collector , to allot permission to spill out flowers via helicopter on the theatres.

The club has requested it via official letter ,which mentions that Bangalore Davangere Sugar Company Limited will arrange the propellers for the event.

The fans are awaiting for the confirmation, which is to be carefully  surfed by the district collector soon.

Darbar is directed by A.R.Murugadoss and bankrolled by Subashkaran under Lyca productions.