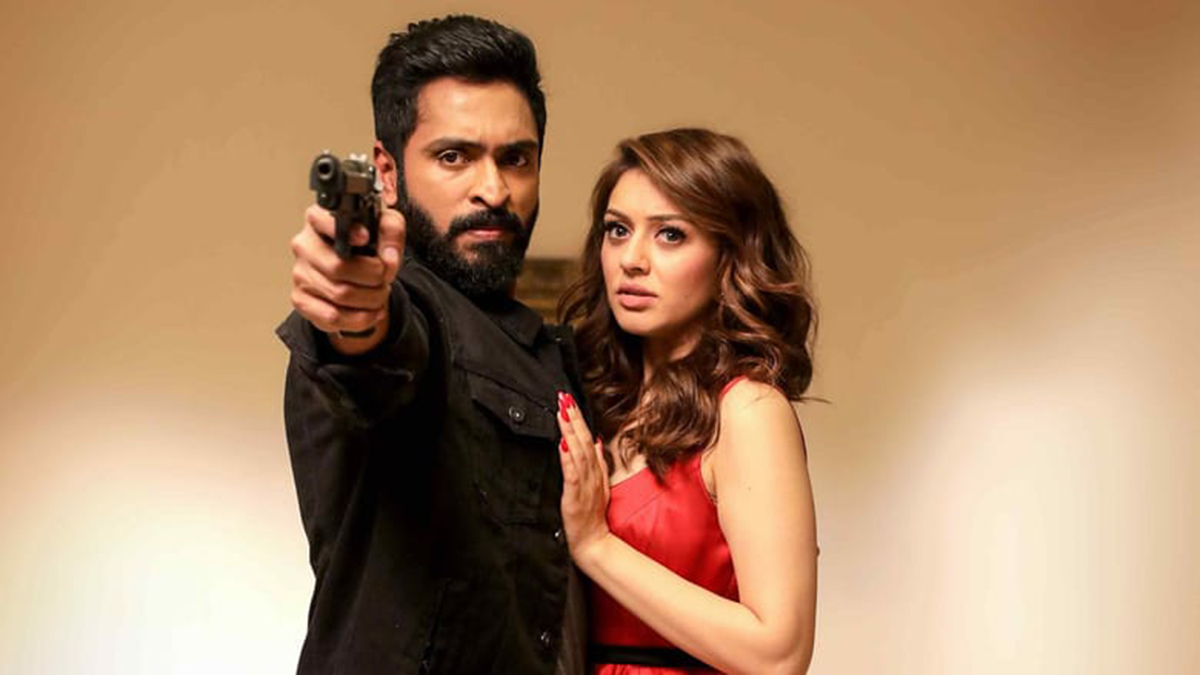 Thuppakki Munai literally translates to Gun point! So we know we are in for an action-packed journey right from the title itself. Vikram Prabhu has been having it a bit rough for a while now. His career started off quite strongly, but somewhere he seemed to have lost his nose for selecting fine scripts, or perhaps he wanted to experiment with himself in some regular commercial potboilers where the hero is almost invincible. That didn’t come off too well, and now we see the Thuppakki Munai teaser which seems to be less of a hero vehicle and more of a plot-driven product.

The opening lines of the teaser introduce us to Vikram Prabhu as a sharp cop, perhaps an encounter specialist, who has had many successes in his career, accounting for many notorious criminals with his bullets. Thuppakki Munai takes us through an episode of his life or career where he encounters a case which, according to the lines from the teaser, make him rethink about all his notions of crime, punishment and justice.

Thuppakki Munai seems to tell us things from two perspectives- the cop and the accused! The case in question seems to involve a girl and two boys, and perhaps a false implication of a crime.There also seem to be a group of powerful men who seem to be intent on subverting actual justice form being delivered. Thuppakki  Munai seems to be a triangle of all these elements coming together and whether or not justice is ultimately delivered! Whether that justice is delivered by the system or by the gun point of Vikram Prabhu is something we will have to wait and watch.

The interesting aspect here seems to be the evolution of Vikram Prabhu as a cop. The start of the teaser shows him all stylish and dapper in his looks,wielding the gun and shooting away in abandon. Towards the end, he has greyed, looks harried and confused! This maybe the journey of him as a cop who has a one dimensional view on justice towards being a cop who understands that justice cannot be served the same way always. And, there is also Hansika Motwani who obviously plays the hero’s love interest, but also seems to be getting into trouble because of her relationship with him.

Thuppakki Munai seems to have some well shot action scenes, quite raw from what we can see in the few seconds. And the BGM too sits along quite well. After a couple of efforts that  didn’t quite give him the career start he wanted, Kathikappal and Naalu Peruku Nalladhuna Edhuvum Thappilla maybe Dinesh Selvaraj has got it right this time. Let’s hop Thuppakki Munai keeps us on our seat edges and delivers a gun-point experience!

This action thriller is funded by  Kalaipuli S.Thanu’s V Creations.

Will Seemaraja have the last laugh?