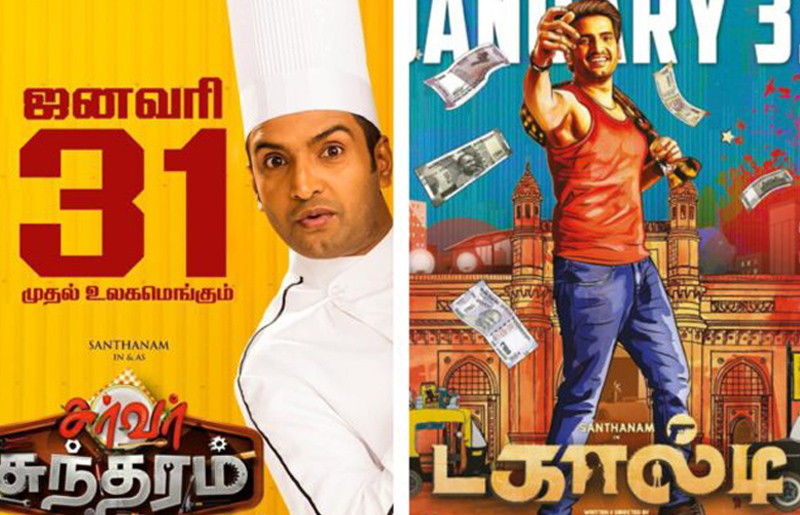 “Its santhanam’s stubbornness holds “odi odi uzhaikkanum” still at the box. The producer of the film is Hospitalized.

I request santhanam to sort out the issue” said by producer K.Rajan in a recent event.

Actor Santhamam’s Dagalty and server sundaram was slated for the same date release on Jan 31st.

It was Bharathi raja who recently discussed with both the producers, as they were “locking horns ” for the date.

Bharathi Raja also said, Both producer demagnetized their weapon down, and paved way for a single film alone.

Now, the poster of Server sundaram is out now, which has pushed it release further to April.

The team has congratulated Dagalty team for a greater victory.

Dagalty is touted to be an action- comedy film, which is expected to a whole some entertainer from the actor.

Indian 2 to resume on Feb !