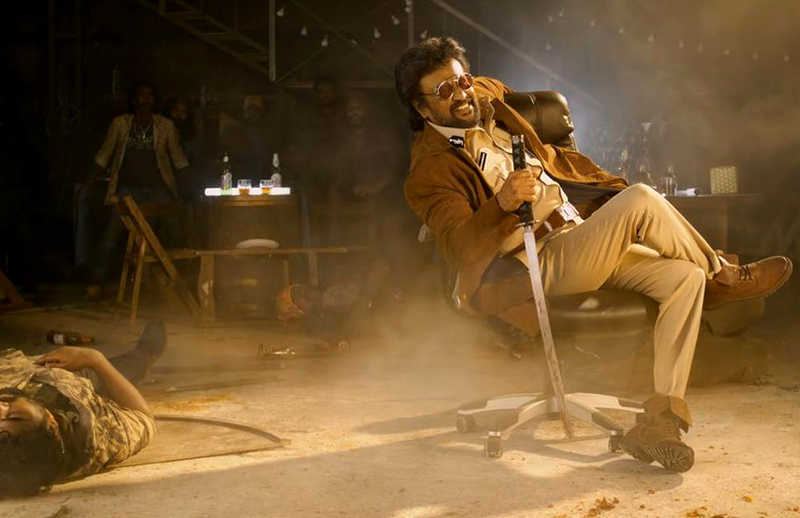 Superstar Rajinikanth’s aura once again lands as a beginner of the year with “Darbar”, who is donning the Cop’s Cap After 25 year long years.

Did he fit the uniform!

The most expected Rajinikanth’s “Darbar”- The bad cop is out now.

Aaditya (Rajinikanth)and his daughter valli (Nivetha thomas) bring the soul to this drama, where the universal content of a Father daughter love comes into play and connects well.

With a special mention on Valli’s (Nivetha thomas)performance in hospital who supports her father even in her counting minutes (Daughters are cute right!) Is a tuneless ode.

But the real grip of any action film connects when the bad material haunts us more than the good, but here the Mumbai don Hari chopra (Suniel shetty) comes lesser onscreen than the Canteen boy who comes in multiplexes to offer food to the audience.

There arise a question on filmmakers,  why the Mumbai Don’s are only shown as “Bhai “or as a “Toy”. Poorly, Here sunil falls on the latter, who never haunts us even in a single shot.

Another important set of players who were used as  “tailenders” were both Yogibabu, who impresses us In parts but unfortunately his role itself a part and next is lilly (Nayanthara) who reached the status for her classic performances hardly comes here only for 5 scenes.

The rumours on her remuneration is nowhere equal to the role tailored her by Murugadoss in darbar.

Interestingly Murugadoss’s  second heroines have more meat in the play, than the central one, like Nayan had in Ghajini and Ashima in Ramana, where here we have a debut lady cop ( lol! She isnt a heroine) dominating the so called Lady superstar.

The powerful AA team has the powerful crew and who stroll here and there with Aaditya but dont have the real packed emotions.

Director could have extracted more from them. Yes we are here for Rajini!  But where you went ARM.

Technically, its the captain who takes off high in a few moments, but lands suddenly without travelling Especially the pre interval scenes  who proxifies the source of proxy by proxifying them, is a saving ingredient for the Commoners , hiccup in the full meals strictly made for Rajinikanth fans.

Kudos the assistant directors team, for following the knook corner of following the puzzle , which acted as the one and only principle investment of the fire near the pre-interval block.

Now , Santhosh sivan ,the eye of ARM, has filled the petrol in the patrol van to moved over Mumbai, which only helped in the women trafficking scene rather didn’t show anything new of Mumbai.

The magic musician Anirudh has done a neat job with his  Background scores, especially the “death metal” in Intermission scene, and the montages of thanivazhi is appuladble.

But if one more mix on the vintage superstar bgm might bring a chagrin for the audience ( how many times ani!).

When the script the starts with drug mafia and started to reveal the kith and kin of it ,at some point it stops and becomes a normal revenge drama, which downfalls the film from the high voltage 100 to a dim zero.

Of course superstar Rajinikanth is playing 40, but isnt 40, also the efforts taken on sets to make comfortable is good. But at last the film entirely says it’s the team was vet comfortable by showcasing the entire film on Rajinikanth which is fine for his ardent fans but not for the others.

The research made by the mind, which gave us an enlightement “Sleeper cell” Thupakki, “Jai kisan” in Kaththi and “corruption ” in Ramana , had “Nothing” to offer in this.

Darbar is a pure “Proxy ” of a wafer thin script was totally mixed with Rajinism, which neither justified “Rajinism” nor the “ARMism”

Definitely Darbar is a average fare , which helps Murugadoss to stand up from the clinged ” spyder”web but he is yet to sprint.