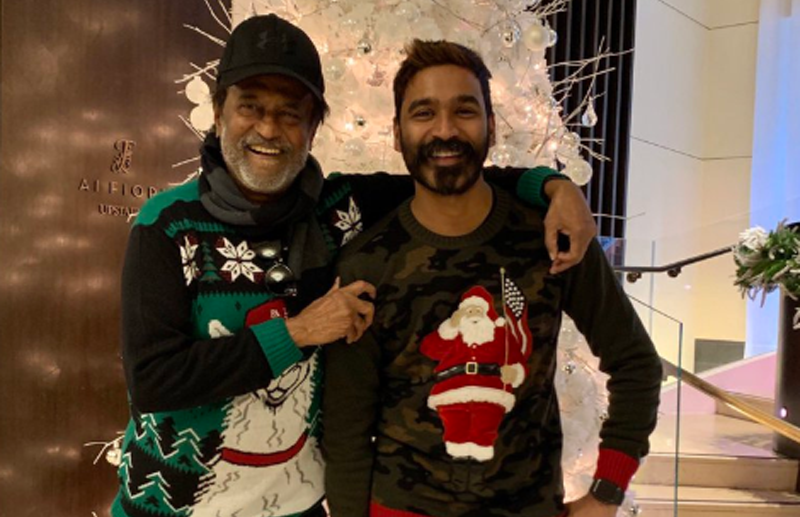 Apart from being the costars,  actor Rajinikanth and Dhanush hold a family bonding ,which is well known to every one. But the latter actor, was very keen, from the day 1 to not use the former’s name for any personal glorifications. Infact, both the star’s fans were waiting to know the glimpses of their personal life.

Now, here comes Dhanush on a recent chat, who opened a secret of superstar rajini, on taking out the anchor’s request. The actor revealed that, superstar Rajinikanth is very fluent and well versed in speaking five different languages, including Tamil, Telugu, Hindi, Kannada and English.

Further sharing about his lucky mascot,  Vetrimaran, the actor said, ” the films of Vetri maran can be bigger and has a contentment. But he is too lazy, when he comes away from work. At work he is active to the core”

Dhanush is currently awaiting for his commercial film “Pattas”, which is slated for the Pongal release.