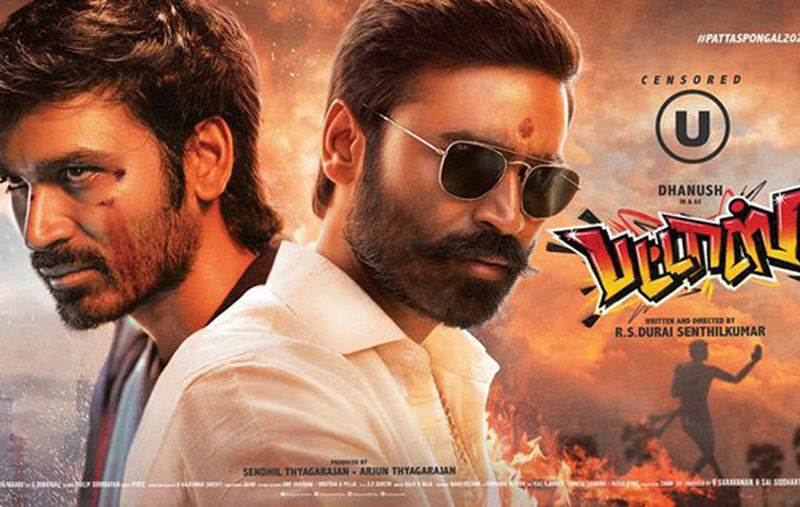 Dhanush’s Dual commercial entertainer “Pattas” , which is slated for January 15th release. Attracting the audience with the trailers and songs, the hype created by Pattas is definitely bigger than the actor’s previous films.

Now , the final step of Pattas is all done smoothly by the central board of film cerftication which says the film is for all by certifying it as U. The team has officially announced it today via their Twitter account.

Pattas is directed by Durai Senthilkumar and produced  by T.G.Thiyagarajan under Sathya jyothi films

So the D fans, get ready for the cracker reservations which is going to start soon.