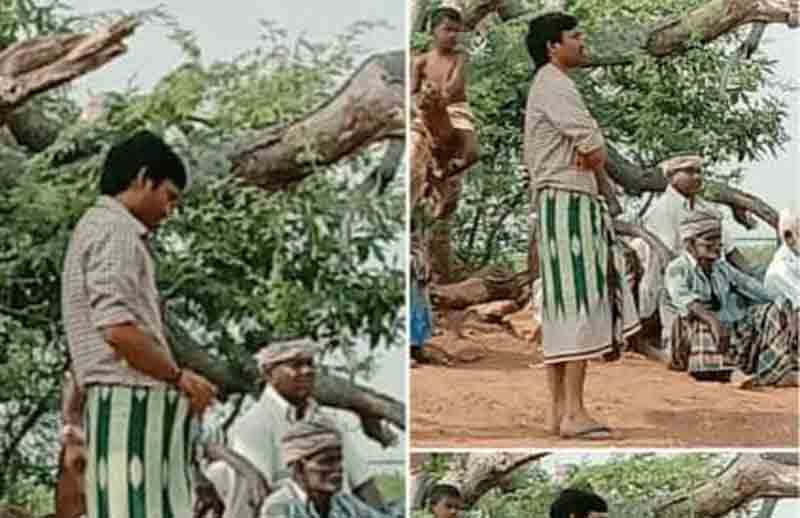 The best film in recent days, constantly have a brand titled “Dhanush” stamped on it , in which the recent Asuran is one classic example. The curiosity in terms of market level has heaped high, which tilts the eyes of the viewers in his next set of films. One film from the cards,is Mari selvraj’ Karnan which is produced by Kalaipuli s.Thanu.

Now, a set of pictures from the sets have surfaced and the lead actor looks cool and candid in a casual village outfit of lungi and a shirt, with other villagers sitting beside him. Will this be a key scene in the film?

Apart from Karnan, Dhanush is also playing the lead in Karthik Subbaraj’s gangster-thriller which is reportedly titled as ‘Suruli’.