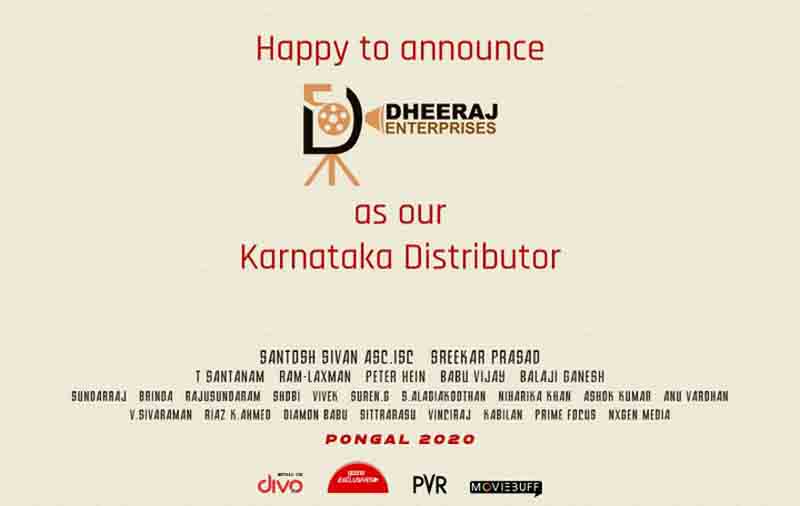 The Pongal race is all set with the entire south industries are ready with the their respective films to pop out for this Pongal/Sankranthi.

Still, one film under this category holds a pan india recognition, with all the language…oops(!), the entire world is bagging for Superstar Rajinikanth ‘s 167 th film, Darbar

The actor holds a reasonable fan base in Karnataka,  where the state loves the star more ,and his previous films had a great response there.

Now, its official that, the theatrical rights of Karnataka is brought by Dheeraj enterprises, who owns some big films like thalapathy 64, on their bag.

Darbar is directed by A.R.Murugadoss and bankrolled by Subashkaran under Lyca productions.