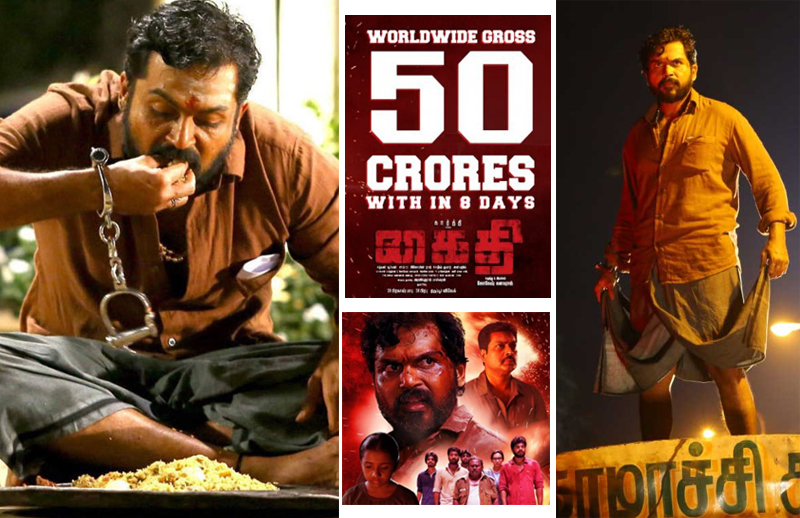 Kollywood ‘s one of the prestigious project in 2019 is undoubtedly “kaithi”, which has a unique screen play, with travelling has its base turf. Battling with the biggest film like “bigil” , the film went on to be a blockbuster, especially for the soul it carried. Infact, its success in tollywood was way equivalent to tamil , as the content was universally acceptable.

With the hope, now an exciting news from the production house is out, that, Kaithi will be remade in hindi soon. This will jointly produced by Relaince entertainment and dream warrior pictures, to show the Soul of” dilli” to the entire nation.

Sharing about this, dream warrior pictures, S.R.Prabhu said, ” kaithi is a film which doesn’t have any female lead or songs. But it emerged as a blockbuster film, and pulled a great recognition from the audience. I’m sure that the film will receive th pan india recognition soon.”

While , Reliance entertainment is producing this film, the CEO, shibasish Sarkar Said ” kaithi is a gripping thriller and a tribute to all the celebrated cops and criminal actioners you can think of. And yet it is none you’ve ever seen. I really look forward to this collaboration and coming together with a great creative team that would do true justice to the film’s hindi remake”.

So! Dilli’s lorry once again kick starts but this time it travels to “Delhi”.