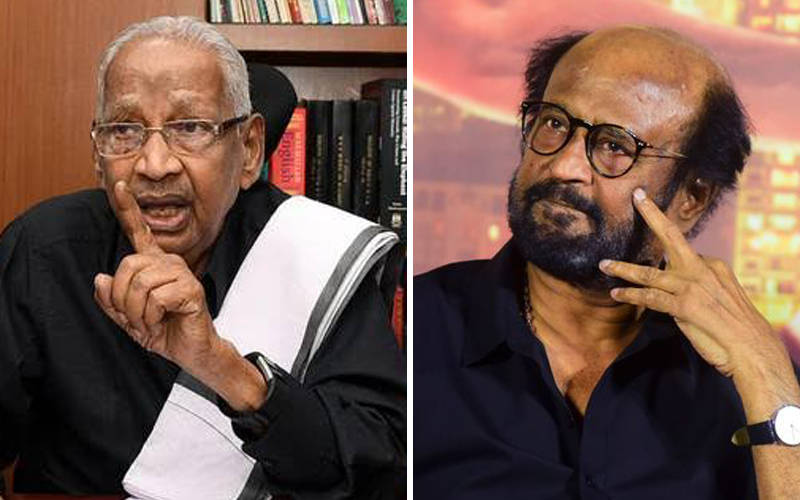 The most pleasant going Thuglak anniversary has took a different turn this time, after the comments of superstar Rajinikanth on the ongoing issue and the legacy of Thuglak.

Magnifying the speech, it consist of a comment on Kalaingar -Dmk issue, which says that the artificial of lord Rama and sitha were decorated with foot wears which didn’t appear in any news Paper.Also, thuglak fearlessly pulled out the issue.

Now this is what, creating the chaos, where Dravida kazhagam has come up with plea against Rajinikanth for coming up with false news and statements, which is against reality.

The complained his filed by Umapathy, the chennai head of Dravidar Kazhagam who firmly conveys that comments made by Rajinikanth is purely illogical and it’s against the peace of our Tamil society.

Though, we can guess who is right or who his wrong? But the issue has sets up a Adverse feeling on the brand “Rajinikanth”

Varalaru was first penned for Rajinikanth!