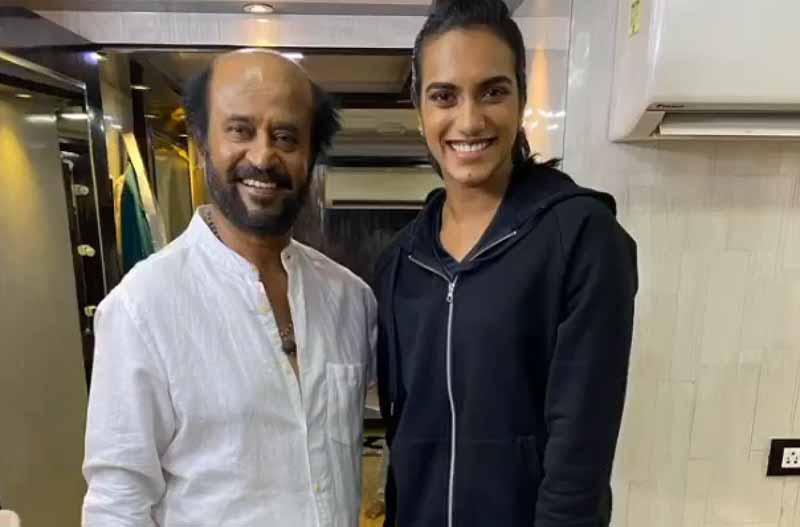 The badminton lady , P.V.Sindhu has been a great role model for the younger generation , who has  inspired the young kids and girls out there despite the fields.

The actress who is an ardent fan of superstar Rajinikanth has recently met the star,  in the shooting of Thalaivar 168, which is happening In Around the skirts of Hyderabad.

The picture is out now In social media, which is on a as usual virality.

Superstar Rajikanth is currently working on the untitled film,  which is directed “Veeram” and “Viswasam ” fame Siva, and bankrolled by Kalanithi Maran under Sun Pictures.

As an additional info, the lead lady Kushboo has join the sets of the film, to swiftly complete her own part.

Technically, the film has music scored by D.Imman and the visuals cared by D.O.P.Vetri ,with art direction carried by Milan.