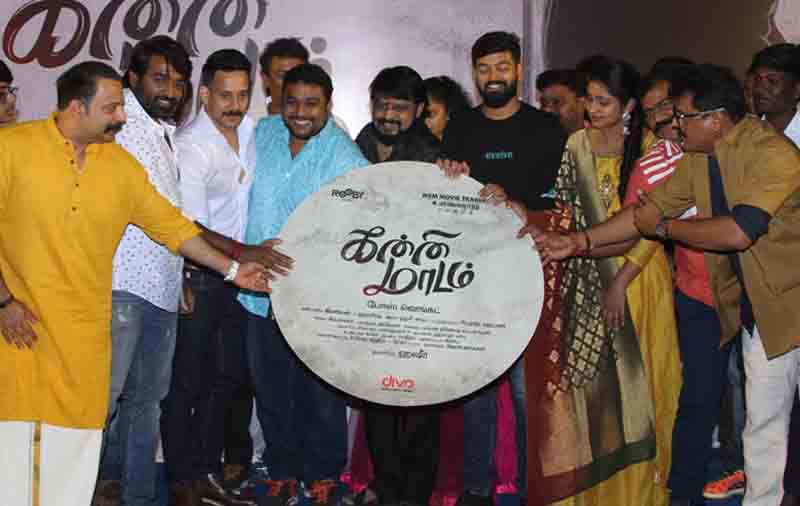 “The moment Bose venkat narrated this script to me, I felt the film will do wonders  That urged me to produce this film. Also, it’s our firm’s principle to produce good an quality films. I expect this film to be an important film in the history of Tamil cinema. I sincerely thank Shenbagamoorthy for releasing this film”

Actors Sriram and Gayathri are stepping in as the lead pair in this film . Following them, the film has actors ‘Aadukalam’ Murugadoss ,  Gajaraj, Vishnu Ramaswamy and Valeena princess . On behalf of ‘Rooby films’ Hasheer as produced the film.

Following the technical crew of kanni madam, which makes it stronger with the visuals carried Harish J.Iniyan and the tunes carried by harish joy. Pulsating lyricist Viveka has penned the lyrics. Stunts are carried  by Dhinesh subbarayan, with Rishal jaini’s editing and art department is controlled by sivashankar.

Recently, Actor Roboshankar has crooned an important song in this film. The script demanded the filming in the skirts of Choolaimedu, Metukuppam and Vijayraghava puram.