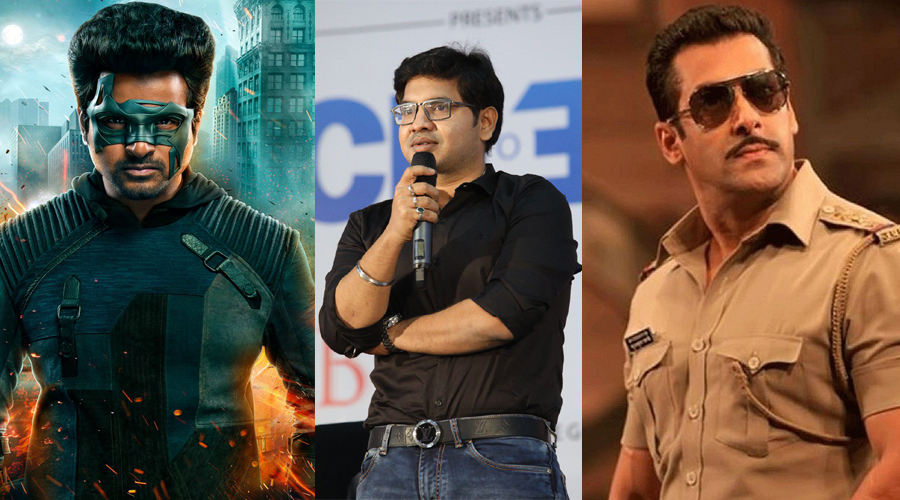 KJR’s Angle of elevation was a very high after the block buster hit of Thala Ajith’s Viswasam, which eventually fetched a great Remuneration and name for the house.

The film’s success has given the immense confidence to the team, which resulted in rising star Sivakathikeyan’s Hero which is all set for the release on December 20th.

The inside talks say that, both the title and story theft issues are bothering the team as the release date is nearing.

To water down the issues, the team had cleverly passed one the “bulky” hands, to save guard the business.

Still , the business behind hero apart from chennai is too sluggish, which urged the distributors to sign the agreement only on “Mininum guarantee terms”.

On parallel, pressing out hero’s demands , the Tamil Nadu Rights has been roped by KJR studios has turned to be the next headache.

It is said that, Salman Khan was very interested to promote “Dabbang3” in TN, which motivated the actor to fall in sedative promotions lead by KJR studios for their past films.

In fact, the crew was specially participating in the press meet happened in chennai. The rumour around Dabangg says the promotional value in TN has raised above the estimated level.

The film industry murmur that the problems will be blazed, once both films come out on December 20th.