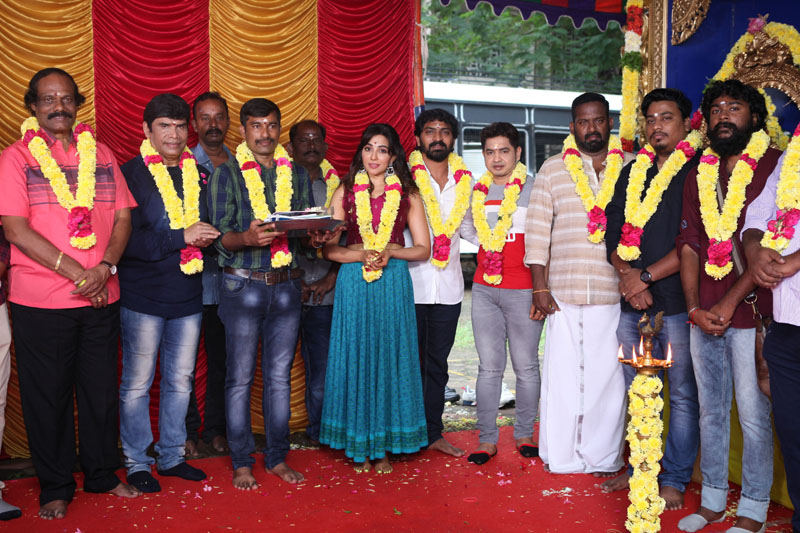 The upcoming stalwart of creative promotions, KJR studious next venture is   titled “Aalambana” ,which has actor Vaibhav playing the lead roles. The film recently had its first look out, which crazed out the social media by creating the curiosity factor among the cinema lovers and fans.

Technically, the film has shan lokesh editing and vinoth rathinsawamy’s visuals. The music department of the film is carried by Hiphop Tamizha,  who are the recent sensation of the Kollywood town.

“Alambana ” to have its auspicious start today, with presence of the cast which includes actors Munishkanth, Kaali venkat and Anandraj.This Marks as the 5th production of the production who previously gave us “aram” “Gulebhagavali”, “Airaa” and the upcoming” Hero”.