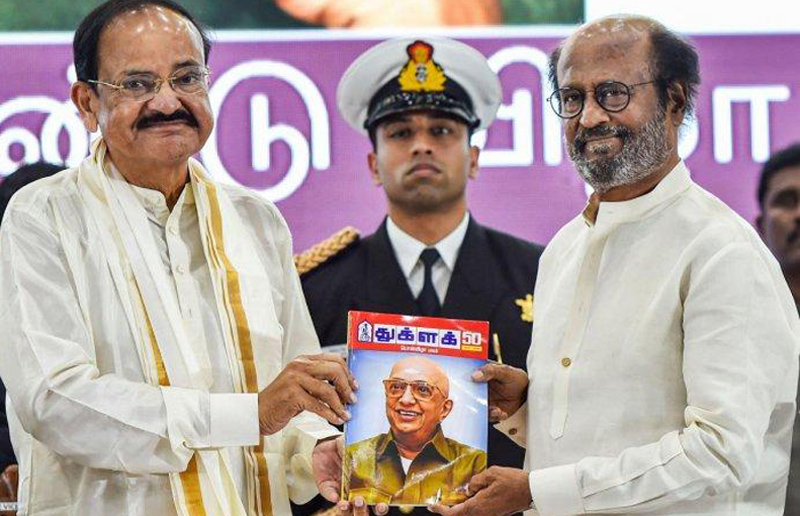 The sarcastic comment on DMK’s magazine “Murasoli” by superstar Rajinikanth, attracted a great negativity from the ardent also the neutrals, in the 50th year anniversary of Thuglak function.

On a brief look, he said, that, “a person who follows Murasoli is tagged as DMK person and if a person reads Thuglak , he is looked upon as intelligent ”

The comment had mixed response from the public, and as usual the youth started to troll it.

Being off, for 2 days, here comes a pay back comment from Murasoli in its Magazine, which states that, ” the man who holds Murasoli is a Tamilan, Dravadian and a human.

Precisely, a man who has Murasoli, is a caste/religion/creed free person, who is also against discrimination “.

This tit for that comment is getting viral in social media, and it easily says that both Rajini and DMK are opposing each other on their views