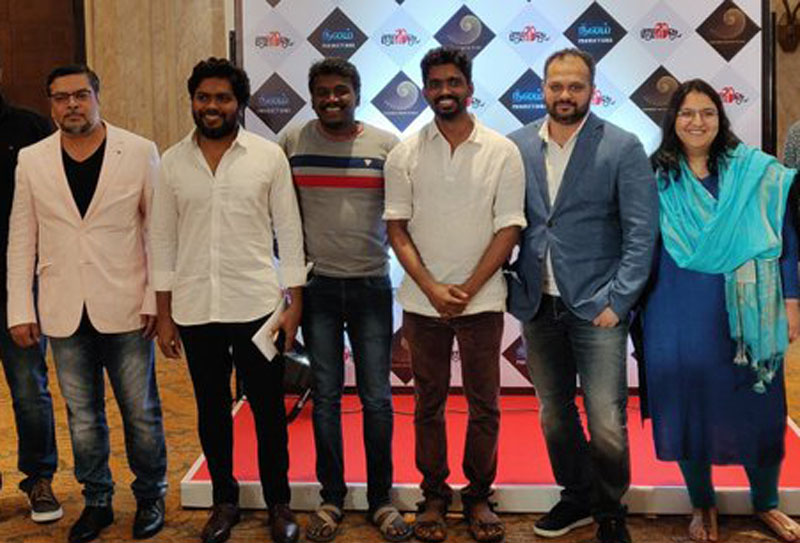 The acceptance of Pariyerum Perumal and Kadaisi Gundu,  has not only bought back the financial value which also urged to give many more best from Pa.Ranjith’s  Neelam Productions.

The people who are overwhelmed with the love showered on bullet , had recently posed a thanks giving meet,  with the presence of the team.

It was also buzzed that, there will be a super exciting announcement soon , which will be a new push from the NP, which gets announced now.

Yes!   The Neelam has announced that it will produce a slate of Five films, under the direction of the eminent directors including Maari selvaraj,  Lenin bharathi, Akiran , Franklin and suresh mari.

This will be done with the support of combining with golden ratio films and the little car films.

Isnt this interesting?  Let’s hold our excitement , and wait for the announcement of Cast and crew.