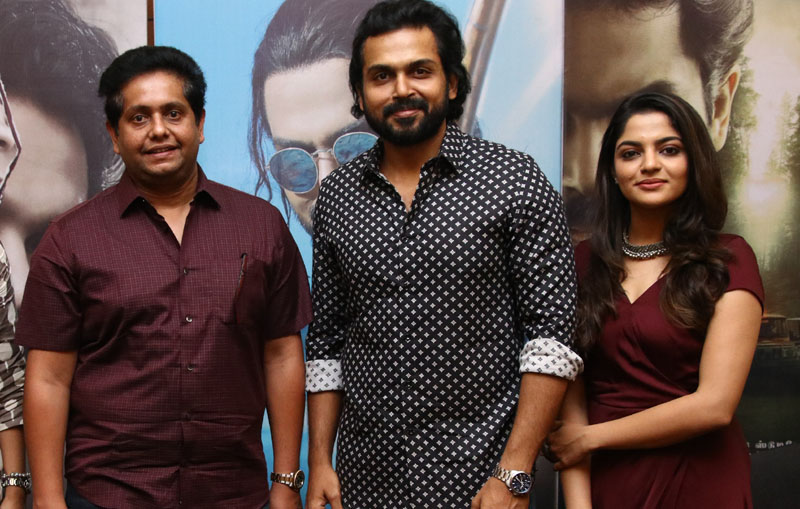 A film from Jeethu Joseph guarantees us something more than just entertainment, where his soulful films like “Drishyam” ,”Oozham” and “my boss” stays in our heart forever.

On the list, we can expect his next film “Thambi” a mulitistarrer film, which has actors karthi, jyothika, sathyraj and Nikhila vimal playing the pivotal roles.

Actress nikhila,  who is getting back to the kollywood after a brief gap, shared her experience on working with Karthi, said “usually, heroes get acknowledged or labeled as best one in particular genre of movies.

However, Karthi has been an exceptional case as he keeps choosing unique projects.

There is lots of freshness and different from one film to the another and he is always best in whatever he does.

Be it an exceptional genre movie or an offbeat one, he scores brownie points. I feel prouder to be working with such an artiste.

On the other hand, he isn’t just focused on his works, but assures that his co-stars and other actors get best scope to perform and he helps them to bring the best output.

When there are combination scenes with him, I would go to the shooting spot earlier and he would be with his make-up works.

When I request him if she can rehearse the lines looking at him, he would immediately accept it. I have never seen such a humble and down to earth artiste so far.”

“Thambi” glimpses us as a tale made onn brother- sister love, which is directed by Jeethu joseph. The film  is produced by Viacom18, which is to be released on December 20th.