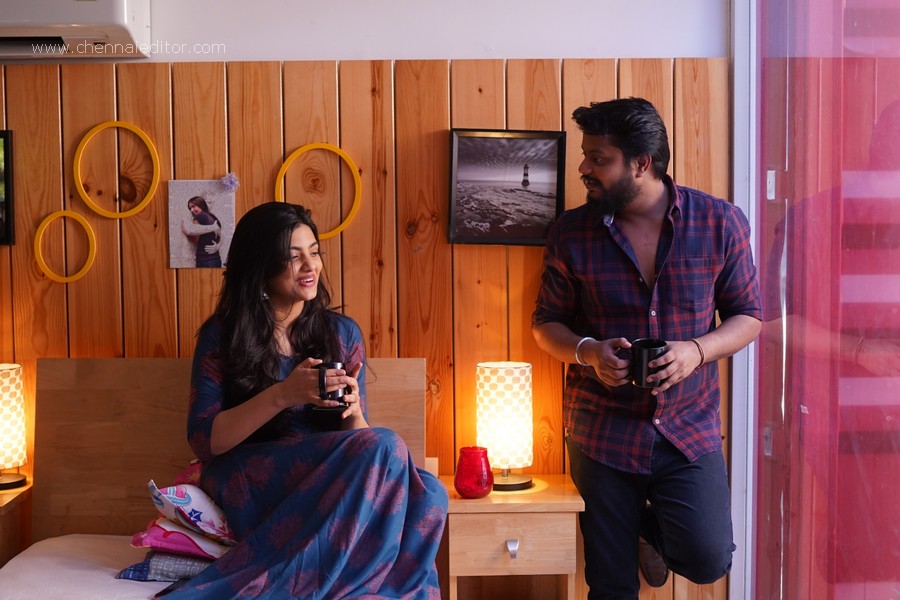 Pogathey music Video Composed by A R Rahman’s nephew A.H.Kaashif, he has been collaborating with artistes like Javed Ali, Sid Sriram, Vishal Dadlani, Jonitha Gandhi For the past 4 years releasing independent music videos for Valentine’s Day like Po Po Yen & Kaadhal. All The videos have gained more than 15 million views Digitally!

He is also the composer of Jothika Starrer Katrin Mozhi tamil film and mamooty & Prithviraj starrer 18am Padi (Malyaalam) the video will be released by Lahari music.

This video will be directed by Aswin Raam former associate to director Atlee and Cinematography by Kavin raj of ispade raaja idhaya Rani fame and edited by pradeep E Raghav of Comali tamil film. This music video stars Ananth and Wafa Khatheeja

Soorarai Pottru single is out on cloud!