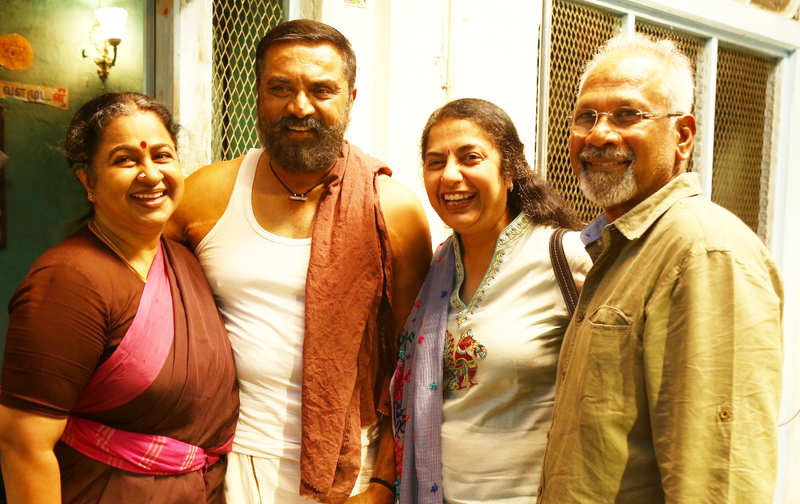 Actress Varalakshmi Sarathkumar fondly called as “Makkal selvi”, is one artist who continuous to possess a steady inclination in her graph, even after her initial struggling phase.

That vexating phase was a mixture of  flop shows ,  let downs and a few notable performances, for which the actress had put a great dedication by standing unique amongst the cliche heroines.

In fact, during the verge of her career declination, the stellar performances in Thalapathy Vijay’s Sarkar, and an award winning show in Bala’s Thara Thappattai were well received by the audience.

Magnifying her next, supreme star Sarathkumar, Radhika Sarathkumar and Varalakshmi are joining up for their next film, titled “Pirantha Naal Parasakthi” which had a great expectation from the fans.

The film being a caucus of Sarathkumar’s family, the actor had a few words to share, who said ” PS will start its initial schedule in January -2020 and will go steady strong till the completion.

This film will be funded by our very own Radaan media and I’m happy to be back here”.

Speaking about the career growth of his daughter, the actor said ” Using this opportunity , I’m placing my regret for not segregating a platform for my daughter’s film career.

As a father, It hurts me for not helping at her earlier stages,  especially even after  the fans recognizing it.

This grief is still pricking me, I’m really sorry for it , Varu!” .

The statement really shows the guilt he has for not creating a base for her career.

But still, she managed to pull the mark , who is currently waiting for the release of her next film “Danny”, which is a women-cop centric film.