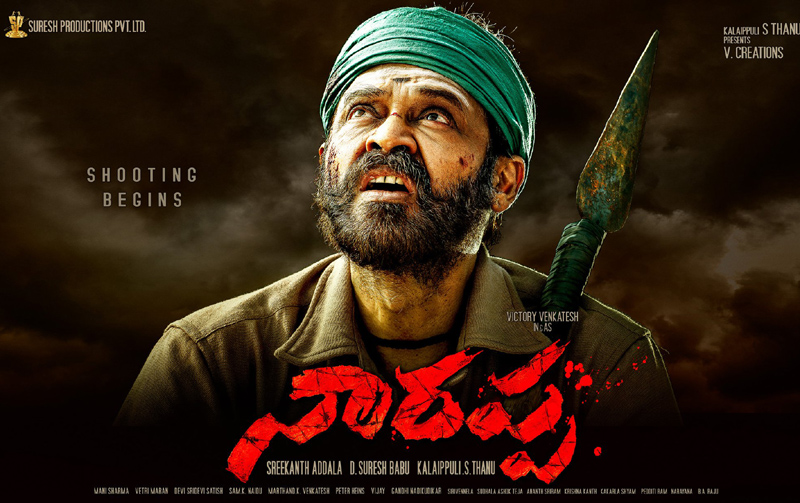 The best film of 2019 is undoubtedly the cult classic Asuran done by Vetrimaran, which spoke about the casteism and Vengence surrounding it, which was empathized by many.

The stellar performance of Dhanush as The stain toothed Siva chidambaram has the best place in each and every one’s heart,  including Manju warrier and Ken karunas playing pivotal roles.

Now , on its telugu version,we have Our own “Venky mama”, Venkatesh recreating the world of Asuran, has Narappa. The first look poster of its is out, and the shooting has commenced too.

It is marked that Srikanth Addala will carry the Direction department, with Manisharma handing the tunes and produced by Suresh productions.