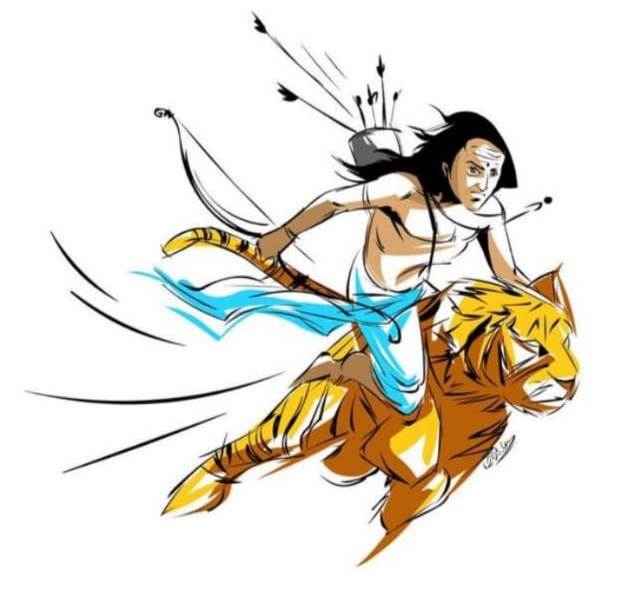 When the word “unpredictable ” has a human form it will surely resemble the dashing STR, who constantly follows his heart on whatever he does. Scanning the Radar, which shows the actor’s presence is in and around Sabarimala, where the actor is showing determination on worshipping the lord Iyyappan.

When the fans are highly expecting his upgraded version, here we could sense some signs and symbols which is ready to recreate the golden days of STR.

To elate the audience mind,  we could see the actors whatsapp.dp has a peculiar picture which puzzles us on what’s going to be his next move.

( Oops!! Hold on) we ain’t going to decode it like a film poster, but the picture easily conveys us a message where a warrior is ready to battle against the enemies by staying comfortably on the back of a tiger.

As we know, the actor shows a great transparency to his fans, creates a “q” factor without conversing to them.

Can the lord iyyapan’s fondle change the fortune of the star?  Let’s wait