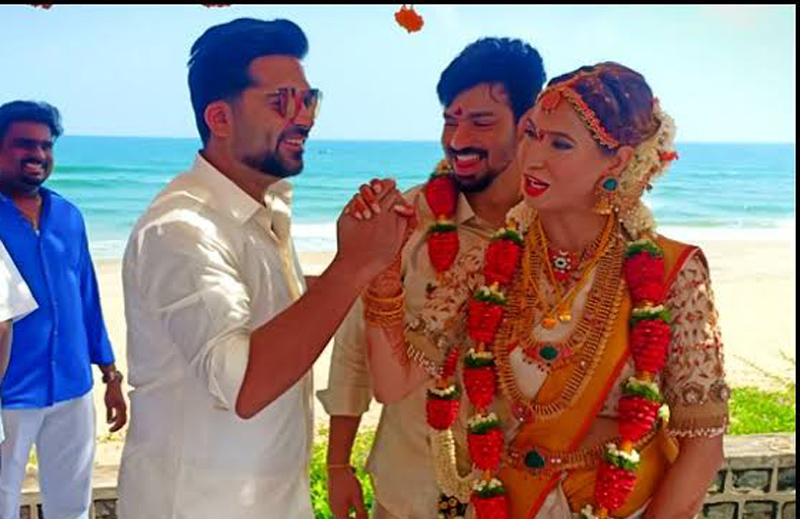 It is said that, actor Mahat and his long time girlfriend Prachi got hitched recently on Jan30th , 2020. Actor Simbu had attend the function who came out in a traditional attire of white Dhoti and a shirt, to bless the pair.

This was out, once the picture getting viral in social media, where the fans started to trend it in social media. On the career front, Mahat worked in many films including thala Ajith’s Mankatha, Thalapthy’s jilla, and STR’s Vandha Raajavathan Varuven. Also, the actor participated in bigg boss season 2, and grabbed a fame.

With the date of STR’s birthday is nearing, shcb news and pictures are bringing out a great curiosity amongst the ardent followers of actor simbu.

What’s going to be Anirudh”s gift for this Valentines day?