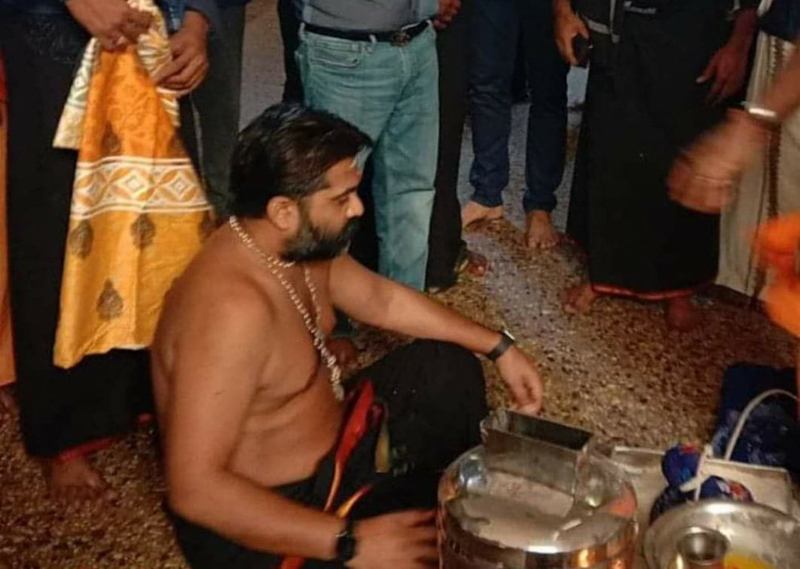 “Expect the unexpected ” is the best suitable words for Actor Simbu’s fans, who are feeded with a roller coaster of announcements and withdrawals.

The fans who are used to these surprises are eagerly waiting for him to bounce back from all the strings clustering his “larger than life” image. As we know, the actor is currently  busy with his devotional trip to Sabarimala, which was a pleasant surprise to his fans. Now, adding spice to it, here comes a set of pictures in which the actor is sincere on his devotional principles with all the necessary care taken by the priests.

The pictures are out now, and it lights a hope on the audience mind regarding the  actor’s rejuvenation.

The source around the star also confirms that, the actor will start his long awaited Maanadu from Janauary -2020 in a full stretch.

Maanadu will be directed by Venkat prabhu under the production of Director of Suresh Kamaatchi. Interestingly, the actor will complete his pending project “Maha” in which he plays a cameo with actress Hansika Motwaani.