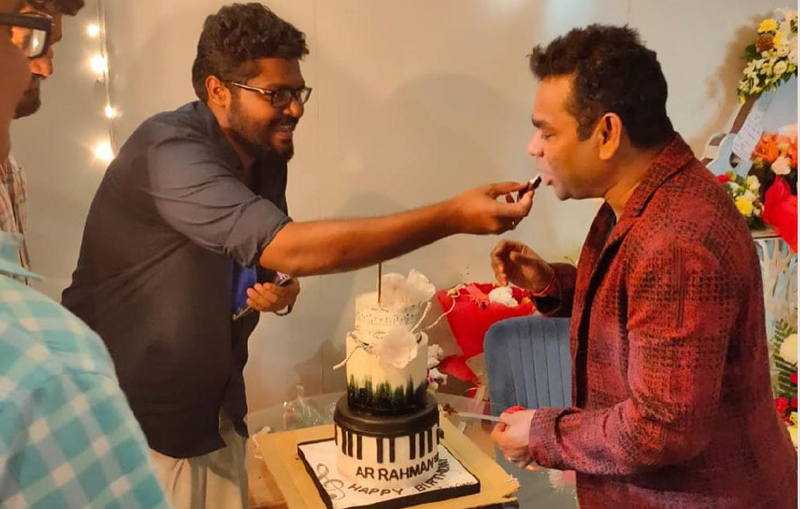 Jan 6th, being the day where the Indian music emerged to a pan international status, as it becomes the birth date of Mozart of Madras , A.R.Rahman. On a busy schedule , with back to back biggies, the Rockstar had celebrated his birthday with the team “Cobra”, who are currently extracting the tunes from him.

The celebration picture was out now, in social media, which is so heartwarming , especially for the people who love the star.

Magnifying cobra, the film recently had its title motion poster, with an awesome background music embedded in it Cobra has chiyaan  Vikram playing the lead, with A.R.Rahman scoring the music. The film is directed by “Demonte Colony” fame Ajay gnanamuthu