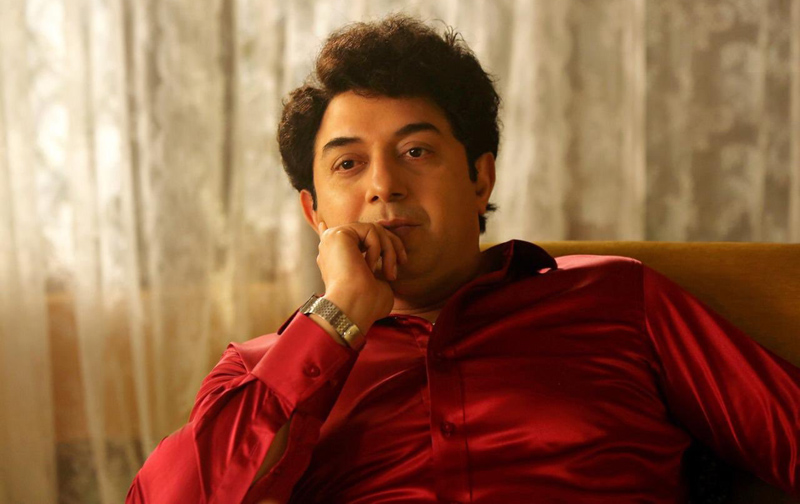 The greatest leader of the Tamilnadu politics is undoubtedly the legendary M.G.Ramachandran who was unanimously accepted and adored by the people off the state .

His own elegance, administrative skills and the empathetic character had lofted him to a “larger than life” image both in cinema and politics

As we know, the biopic of another legendary leader Jayalalitha is currently helmed by director A.L.vijay, we have its first look of MGR’s role , is out now.

It is the every charming “Aravindswamy ” in the role of The charismatic leader, who gracefully performs the move and mannerisms of MGR.

The glimpse teaser is out on following the 103rd birthday of the leader.

The film titled “thalaivi”, has actress Kangana ranaut playing the lead, which is directed by Al.Vijay.

The visuals are carried by Vishal vital and produced by Vishnuvardhan Induri and Shailesh R. Singh