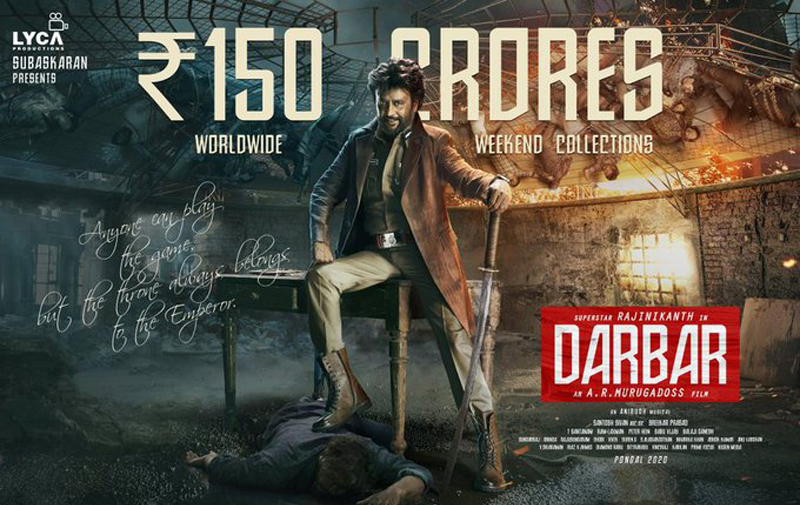 The mixed review of superstar Rajinikanth’s Darbar doesn’t stopping the rage of the family audience entering the hall, as they are already well fixed to attract only the postuves of the film.

Darbar’s wafer thin story line has heavily disturbed the audience on the first few days, where every Rajini haters expected the film to fall in the forth coming days.

But as per the star’s Famous “Athisayam, Arpudham” dialogue, darbar marched like a Express and has a lot to do in the pongal holidays.

Now, the official Lyca productions has announced a sweet news to the audience the film cleanly sweeps 150 crores in the 5 th day of the theatrical run

Darbar is directed by A.R.Murugadoss,  with Anirudh’s music and Santhosh sivan’ s visuals are the additional excitements

The film is produced by Subahshkaran’s Lyca productions.

What Dhanush has to share about Vetrimaran ‘s friendship!