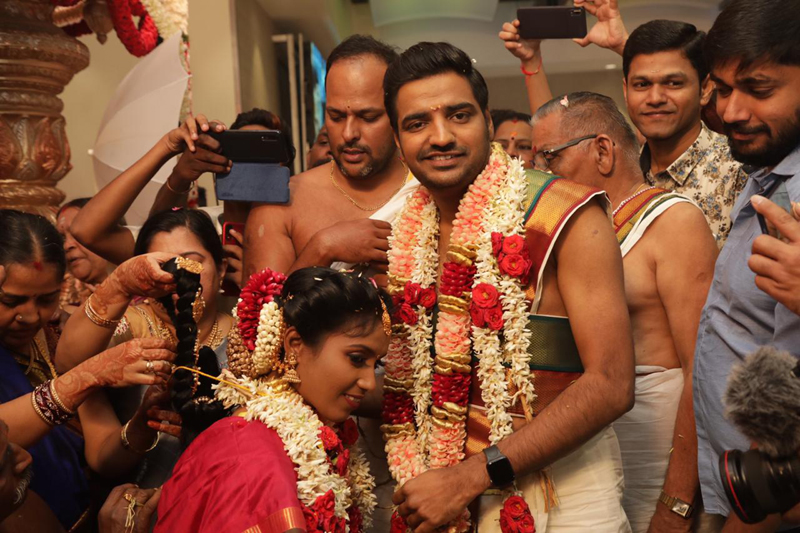 Actor Sathish is one amongst organic comedians present in k-town  who gives his best potential to tickle our funny bones. The actor who recently got hitched is enjoying the roller coaster of happiness revolving around him. Yes, the most expected Thalaivar 168, additionally attracts this talented actor to its pocket, which excites the audience and the fans.

.@actorsathish joins the cast of #Thalaivar168 .
Congratulations @actorsathish on your wedding today and our best wishes to the newly married couple!
@rajinikanth @directorsiva pic.twitter.com/Dbnn7Oniaz

In fact, the team itself bounds an ensemble cast, which includes actress Kushboo, Meena,  Keerthy suresh and actor Soori playing the prominent roles.

As we know, director siva is known for his commercial mass entertainers, the casting itself speaks for its product and raising the expectation bar high. The film had a private inaugural pooja today, which had the presence of the major cast and crew.

This untitled film is bankrolled by Kalanithi Maran under Sun Pictures.

The Groom gets yet another Wedding price- actor Sathish in Thalaivar 168!
6
Share FacebookTwitterGoogle+ReddItWhatsAppPinterestEmail