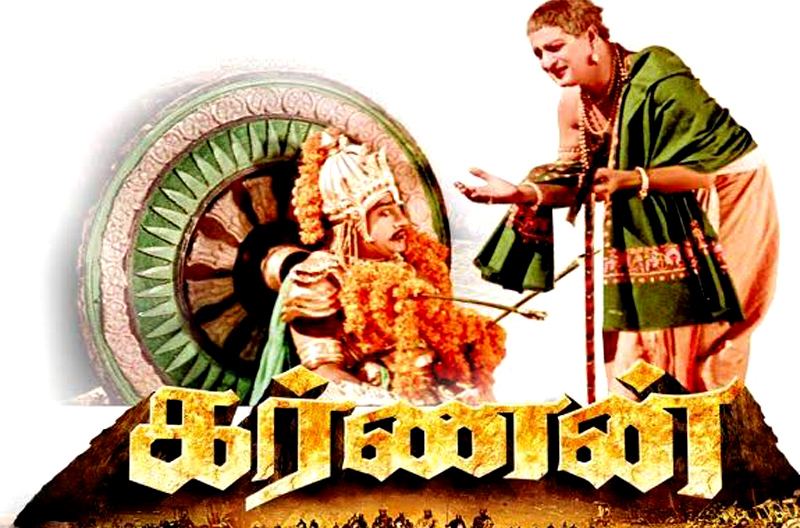 The legacy of Sivaji Ganesan’s ‘ Karnan’  Getting Tested?

Catering the best successes in 2019 , Actor’s Dhanush bangs this 2020 with many interesting films on the bucket, who opens the year with “Pattas”. Before igniting the light to “Pattas”, the announcement of the star’s next film under Mari selvaraj’s direction has grabbed the eyes of plenty.

Infact, the title touted to be “Karnan”, which is being fixed and the shooting is currently helmed in the outskirts of Tirunelveli.

While the things were pacing well, here comes the issue on mixed reception for the title “Karnan”. A message  from K.Chandrasekaran, the chief “Sivaji Nala Peravai ” requesting the producer of the film,  Kalaipuli S.Thanu(V creations) on mentioning that,

“placing the classic title “Karnan” for Dhanush’s upcoming film isnt a fair move, as the title stays in the heart forever. If at all the script demands, at least adding an extra word to the title, will be good  as the word is very close to every ardent fan of Actor Sivaji Ganesan. On hoping a change, I place my request on behalf of  the Sivaji fans group all over the globe, to not use the title “Karnan” for the upcoming film.

Speaking to the  Chokkalingam , the Managing partner of Divya films, who has been the  trendsetter in  digitalizing the film for first time in India , said ” a big star like Dhanush having the title “Karnan”, will tilt the younger generation from the original portrayal done by Sivaji ganesan. Karnan is a cult classic , which will be an eternal product and should stay in the minds of upcoming generation, to know the legacy of actor sivaji ganesan.

Infact, I requested Thanu sir, to avoid using this name,but he assured me , that this film would justify the best to the title. Also, the law states ,that title holds its validity only for 10 years from the film’s release. So its totally out of our hands. Infact, the film is still running in theaters,  especially in areas like Jolarpet and Chennai.I still request Thanu sir to change “Karnan”, as the title’s and films are the only route to clutch the legendary actors like Sivaji ganesan to the upcoming generation”