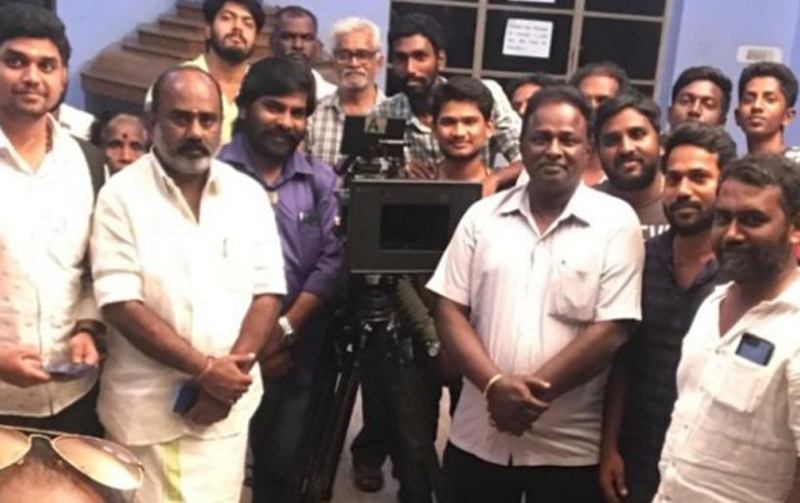 If the word “Sarcatic criticism ” has a human form , then it would be the popular Tamil reviewer Maran, who is fondly called as Blue Sattai Maran.

As we know, his reviews hold a great fan following with a equal amount negativity amongst the industry people.

The man recently gave us a sweet shock by twisting himself on the director’s hat, which wasn’t expected by anyone .

The film is awaited by everyone , especially to see what has he done, inspite of trolling most of the films.

Now here comes an exciting news from the centre, which says that,  his ongoing project has reached the destination on December 21 st, by having a complete wrap.

The picture of the entire crew was posted by the producer Suresh Kamatchi, who is funding this film along with STR’s Maanadu.

The film started to roll on September 13 th and sharply completed on Dec 21st. The release date and other official announcement regarding the teasers and trailers are expected soon.