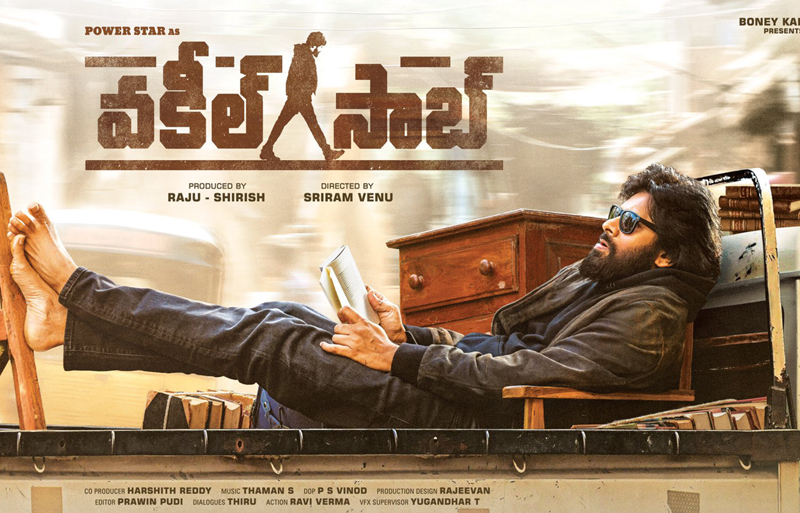 Indian cinema has always welcomed the scripts which is bound the ” universal” nature, in which big b- Amitabh bacchan’s pink (2016) is also one stellar product. The script which talks about the ” women safety” went on different versions, including Tamil superstar Ajithkumar playing as the lead , with the title “Nerkondapaarvai”.

To alarm the telugu audience, recently it was announced that Power star Pawankalyan will be playing the lead in it. The film now lands with its first look poster titled as “Vakeel Saab”. Dissecting the look, pawan holds his stylish swag on a truck reading a book. The poster gets viral in social media, as the star lands after 2 long years, who was last seen in Trivikrams “Agnythavaasi”