The winner of the most loved TV show “cooku with comali”! 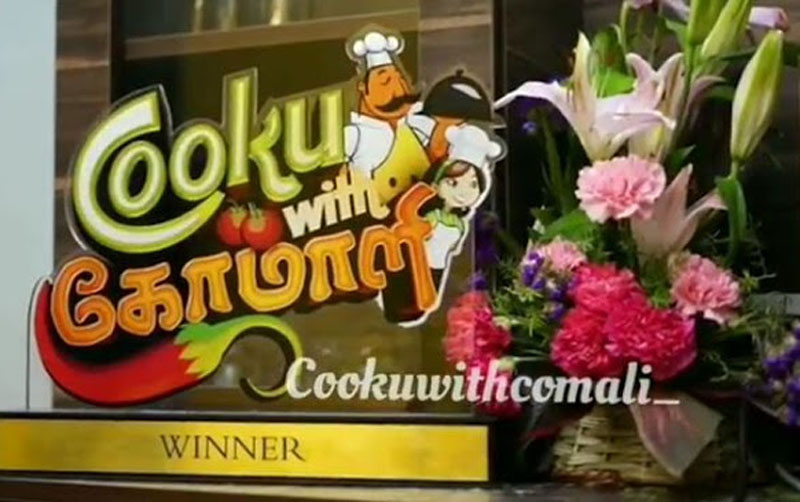 Oflate, the reach of television  as shrunked, espscially amongst 90s kids ,who are currently addicted to social media and web series. Can you ever think, of a “cookery” show holding a great TRP, amongst the TN youth?

The magic happened for Vijay TV’s cooku with comali which became a super hit show, had recently completed its final. It is said that, actress Vanitha , who is one of the contestant, has hit the target, and claimed the title.

Now, here comes, the victory tweet from Vanitha, who said

“Hi tweeple family…thanks for all the love and wishes…I am definitely going to share all my winning #cookwithcomali #cookuwithcomali recipes with u all very soon. Working on it will announce shortly…see u guys soon …planning a meet to meet u all. will keep u posted.

The show was aired in Vijay Television network, with the veteran chefs Damodharan and Venkatesh Bhatt being the Pillar of the show