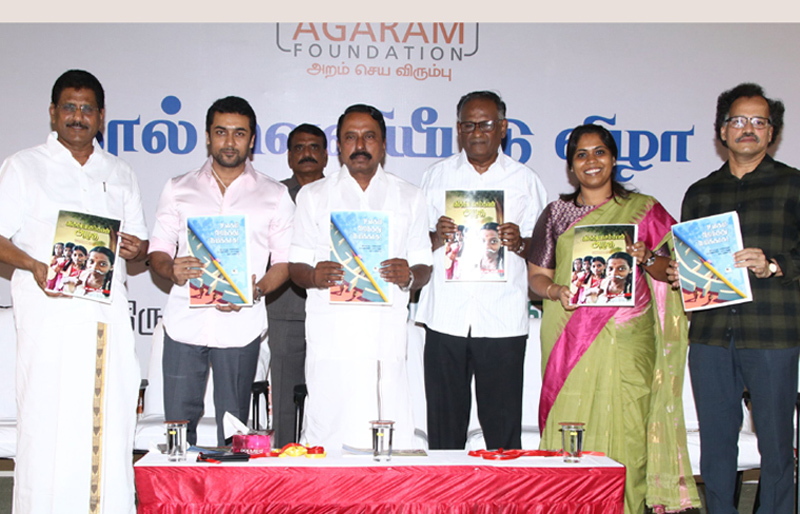 A connect between a fan and star will generally be his films and the 120 rupees he pays in the counter. The star will entertain him, teach him to live, love, smile, laugh, and cry. But a star like Suirya, connects them as a brother, swaying away the template fan- star bonding. His great deeds via his own Agaram foundation will be cherished life long , which he see as a repay for the society which has given the stardom.

On a recent book launch event , via his foundation met the Talents emerging out from the firm, Where a student shared about her personal losses and inspiring comebacks. Watching this, the actor himself bursted out with tears and became emotional. He appreciated the girl and the other talents of Agaram who are emerging out has a flying colours in the society.

The event marked the presence of Honourable school education minister Sengottaiyan,  who launched the prestigious books written by Madasaamy.