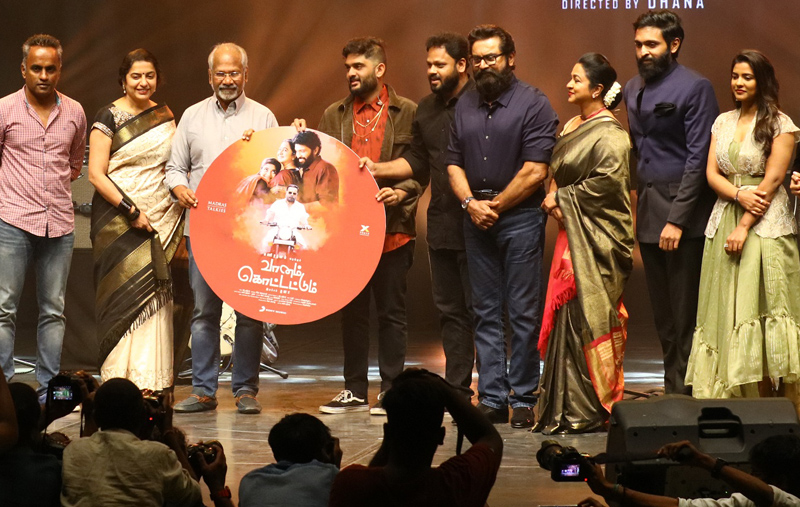 The completion human nature depends upon how the individual lives for his family and what he does to sustain it. The importance of this is not only known to us through experience, rather its hyper quoted in many vedas, Holy books and Infact the Thirukkural .

Here comes the pinch of such , in celluloid version titled ” Vaanam kottatum “, which has already proved the “soul of the content ” with its teaser  and now with trailer.

This 128 second footage, has the Establishment of pivotal characters, which firmly reflects the director’s boldness on his content. It has the inquit- guilt father played by actor Sarathkumar , the innocent mother Radhika, with the  kids Vikram prabhu and Aishwarya  rajesh has glanced their roles in trailer.

Emerging from the school of Ace director Maniratnam, director Dhanasekharan’s ” Vaanam kottatum ” Hopes to be a classic film with a lot of warmthness of family relationships to be essayed.

Vaanam kottatum is slated for February 7th release, to share the real meaning of the word “love”, a week before Valentines day.